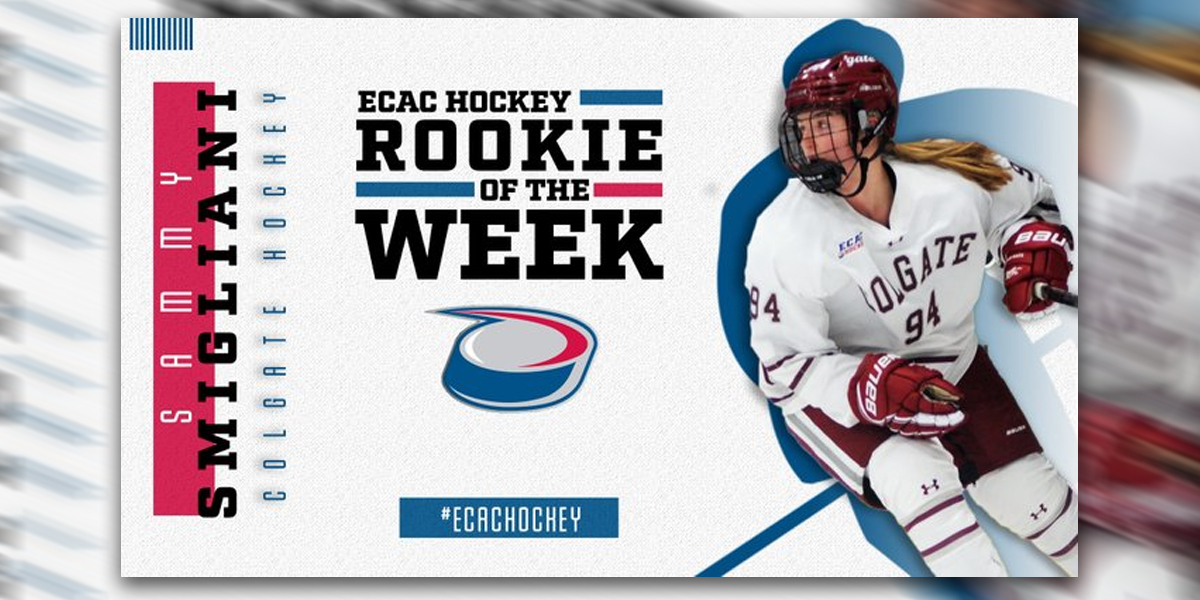 After ending the first half with four goals in four games, California native Sammy Smigliani continued her scoring streak in the second half.

Smigliani assisted on a Danielle Serdachny goal to force overtime against #3 Northeastern. It was her sixth point in the last five games.

In a 6-5 loss to Robert Morris the next day, Smigliani was a major contributor picking up four points. She assisted on the Raiders first three goals before netting one of her own that gave Colgate a 4-3 lead at the time.