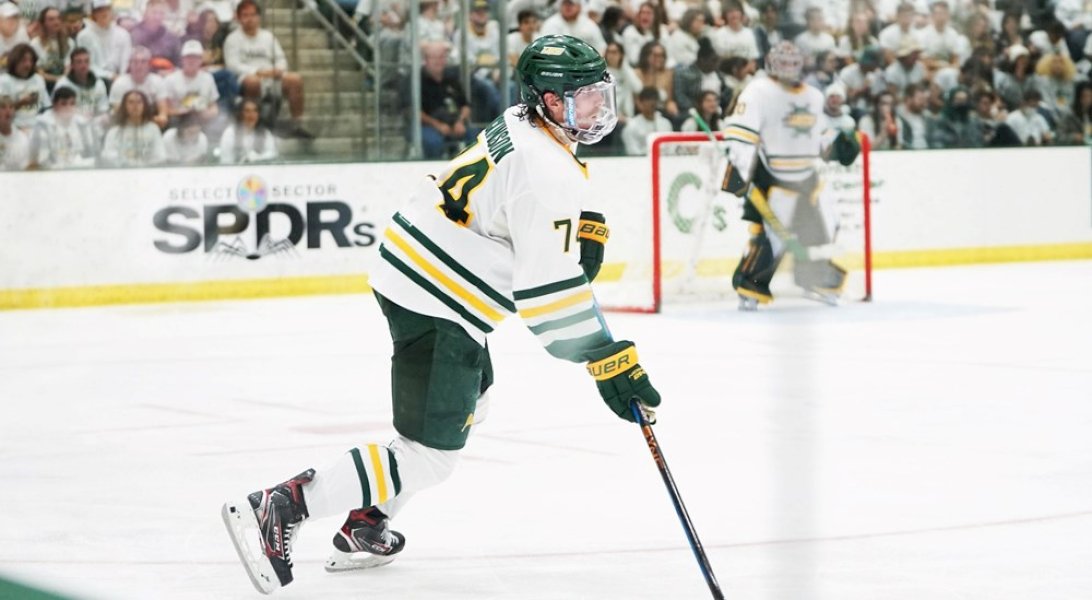 SARATOGA, N.Y.  –  The Oswego State Men’s Hockey team faced off against Skidmore this afternoon in the Skidmore Thanksgiving Invitational championship game. Skidmore snapped the Lakers 7-game win streak on the evening, defeating Oswego by a 4-1 score.

The Lakers trailed by one going into the second period of play. Cal Schell recorded 8 saves in the first period. Oswego led Skidmore with 11 shots on goal in the period.

The second period would remain quiet until the final minute of play, when the Thoroughbreds scored another goal to give them a 2-0 lead over the Lakers.

Oswego continued to put the pressure on Skidmore, tallying 22 shots in the period to Skidmores 10. Schell recorded 4 more saves in the second period.

11 minutes into the third period, the Thoroughbreds would score their third goal of the evening, giving Skidmore a 3-0 lead over the Lakers.

Following a major & game misconduct penalty on Skidmore late in the third, Shane Bull scored the first goal for the Lakers on the evening. Ryan Bunka would assist Bull on the goal.

The Thoroughbreds would score on an open net shortly after the Lakers goal, giving them a 4-1 lead.

Cal Schell would finish with 19 saves on the evening as the Lakers fell to the Thoroughbreds in the championship game.

Ryan Dickinson and Alex DiCarlo were named to the all-tournament team.

The Lakers will return home on Friday December 2nd for their annual Teddy Bear Toss game. The Lakers will face off against the Morrisville Mustangs at 7pm.