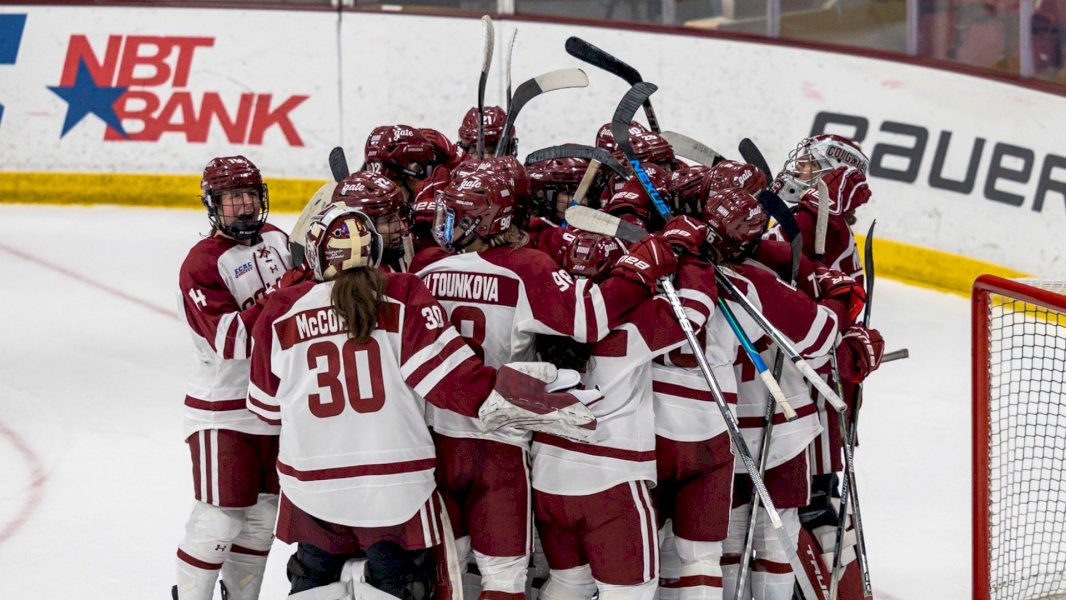 HAMILTON – Six Raiders have been selected to don their nation’s colors in upcoming world competitions.

Danielle Serdachny, Kayle Osborne, Hannah Murphy, and Sydney Bard will all represent their country in the 2022 Collegiate Series between the United States and Canada. The series is set for a trio of games  Aug. 17-20 in Calgary, Alberta.

Jessie Eldridge ’19 and Noemi Neubauerova ’22 will represent their respective countries in the 2022 IIHF Ice Hockey Women’s World Championships in a tournament showcasing the world’s best players. The tournament is set to begin Thursday, Aug. 25 and conclude Saturday, Sep. 3 in Frederikshavn and Herning, Demark.

Serdachny is coming off a stellar year with the Raiders, accumulating 15 goals and 38 assists for  53 points, making her one of the top performers in the conference.. The Edmonton, Alberta native earned ECAC Hockey Second Team All-League for her performance during the 2021-22 season.

Serdachny averaged .97 assists per game, good for fourth best in the nation.

Murphy makes Team Canada after having a great rookie campaign for the Raiders. Starting in 20 games, Murphy ranked third in the nation for goalie winning percentage 0(.850). She held a 1.49 goals-against average, the eighth-best mark in the country. Murphy earned ECAC Hockey Rookie of the Month honors in February.

Osborne is the final Raider to represent Team Canada in the Collegiate Series. Osborne holds a 27-12-2 career record with a 1.81 goals-against average and .919 save percentage. The Westport, Ontario native started the 2021-22 season with a six-game winning streak, helping propel the Raiders to the top of the conference.

Bard is the lone Raider to represent Team USA after having a career year in 2021-22, when  she made ECAC Hockey Third Team All-League. Bard tallied four goals and 23 assists to lead all ECAC defensemen in points (27). The nearby New Hartford native is no rookie when it comes to playing for the U.S., as she played for her country during the U-18 series vs. Canada.

Eldridge played a total of 153 games between 2015-19 for the Raiders, tying a program record. She holds or shares 10 different program records. During her four seasons, Eldridge tallied 74 goals and 89 assists for 163 points (most in program history). She is the first Colgate athlete to have been named a top 10 finalist for the Patty Kazmaier Memorial Award for National Player of the Year. Eldridge will represent Team Canada in the 2022 IIHF Women’s World Championship taking place in Denmark.

Neubauerova played four years under Head Coach Greg Fargo and tallied 26 goals and 25 assists (51 points) in 115 games. She only suited up in 16 games last season and she spent a portion of the season playing for the Czech National Team for the 2022 Beijing Olympics.