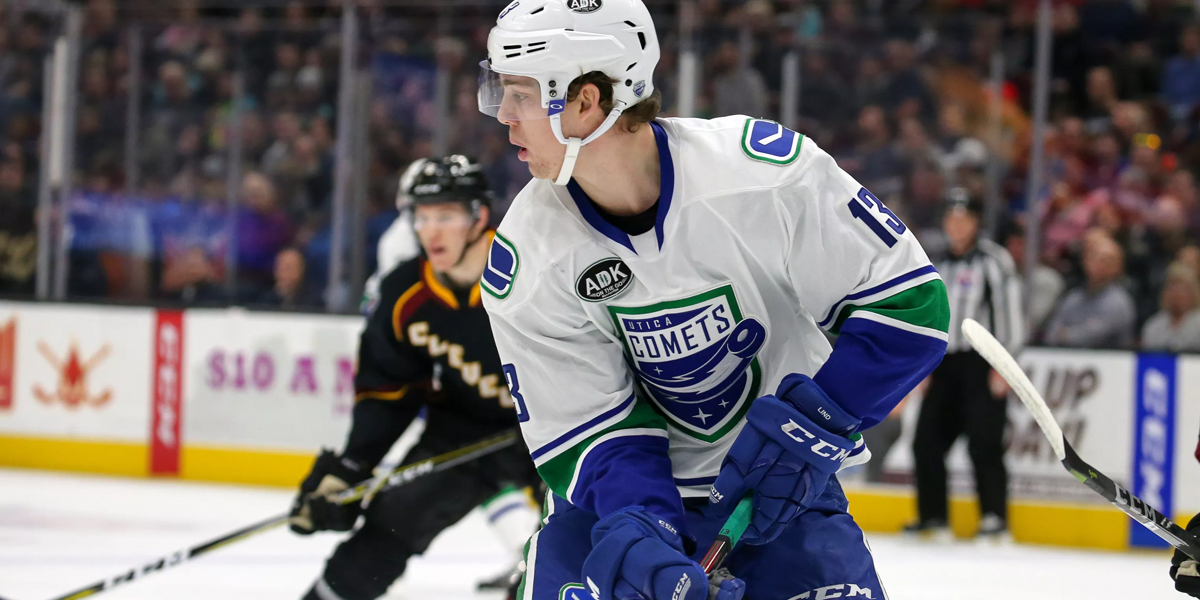 Six more players have been assigned to the Utica Comets ahead of training camp beginning this Monday at the Adirondack Bank Center.

Forwards Justin Bailey, Lukas Jasek, and Kole Lind along with defenseman Brogan Rafferty, Olli Juolevi, and Josh Teves were cut from the Vancouver Canucks preseason roster earlier this afternoon. The group of players will join 13 others who were assigned to Utica earlier this week.

The Utica Comets will play a home and home preseason series against the Binghamton Devils to wrap up training camp. The Comets host the Devils Friday, September 27th before traveling to Binghamton the next evening.