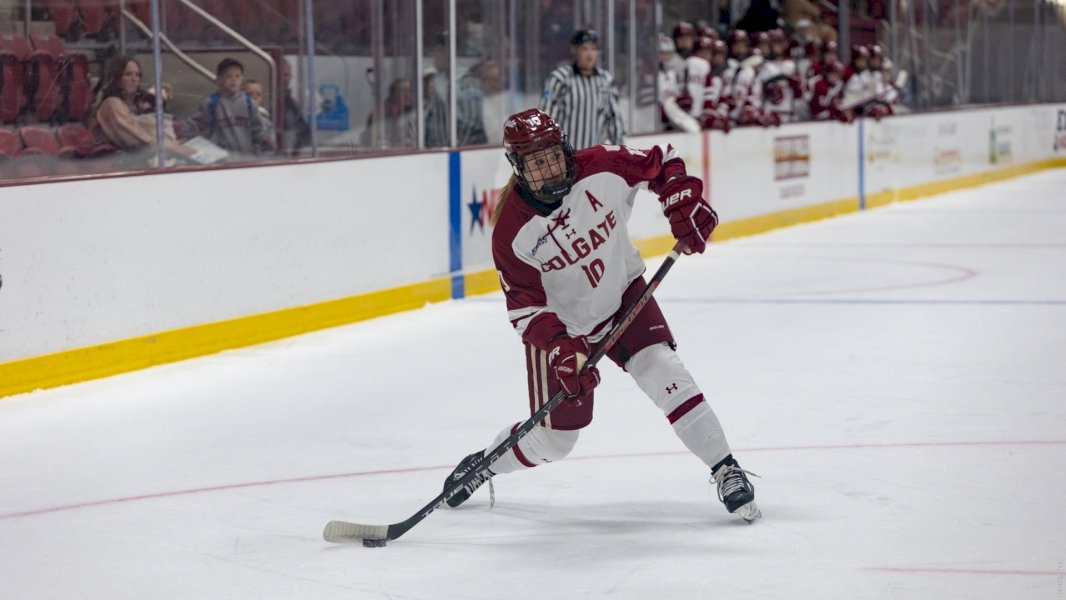 The Frisco, Texas native tallied three points, nine shots, and one blocked shot in the Raiders weekend sweep over RIT.

Simpson has been a defensive specialist all season for the Raiders, tallying seven assists and 10 blocked shots in seven games this season.

Colgate sits 7-0 on the young season, as they return to play this weekend for a two-game series against Hockey East opponents Vermont. Puck drop is set for Friday, Oct. 21 at 6 p.m. and Saturday, Oct. 22 at 3 p.m.