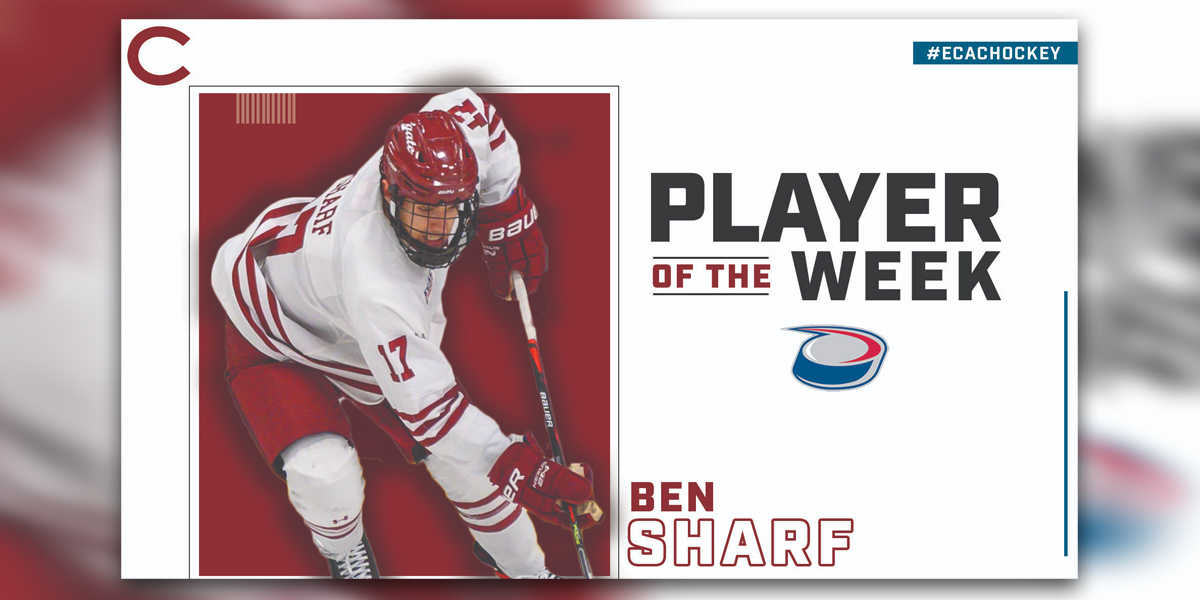 Following a three-goal weekend in Belfast, Colgate forward Ben Sharf has been named ECAC Player of the Week. The senior scored three of the Raiders six goals in the Friendship Four tournament. His two goals in a 3-1 win against Princeton marked his first multi-goal game in his career.

He picked up his third goal of the weekend in the champinoship game against #12 Northeastern. Sharf leads the team with nine points this season.

Colgate returns to ECAC Hockey action this weekend when it travels to Dartmouth and Harvard on December 6th and 7th respectively.