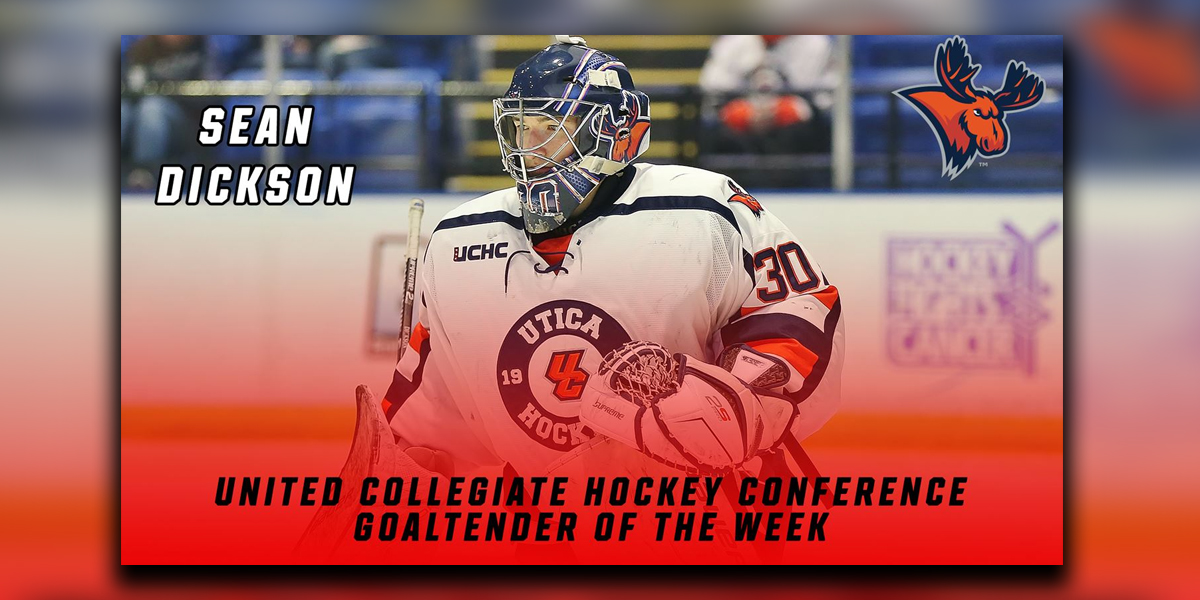 Sean Dickson (Millbrae, CA) has been named goaltender of the week by the United Collegiate Hockey Conference. Dickson earned the honor after a stellar performance in the Delta Hotels Thanksgiving Showcase.

Dickson first appeared against Plymouth State in relief for injured Gianluca Baggetta where he made 5 saves to help preserve the win. Dickson got his second start of the season in Saturday’s championship game against undefeated Salve Regina. He made 22 saves en route to a 5-1 crushing of the nationally-ranked Salve Regina.

Utica is on the road this weekend against Stevenson and Chatham.