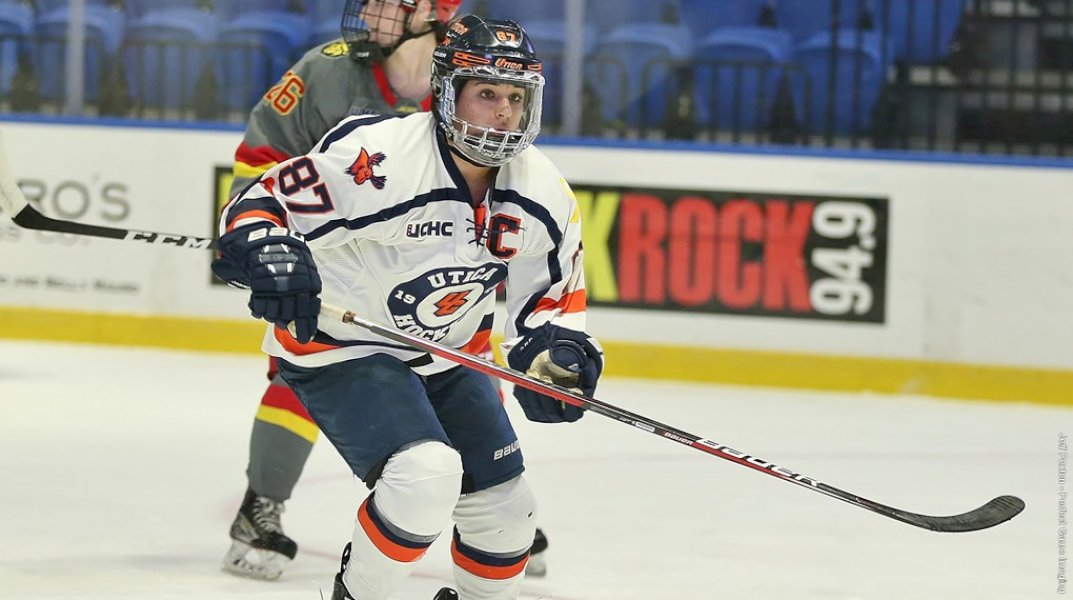 UTICA, NY- Senior Georgiana Santullo (Woburn, MA/Boston Shamrocks/Woburn High School) of the Utica College women’s hockey team was named the UCHC Player of the Week Monday for the second week in a row.

Santullo recorded five goals and added three assists as Utica swept Kings College last weekend.  On Friday, Santullo netted her third straight hat trick and tacked on two assists in the Pioneers’ win.  She became the first player in program history to score a hat trick in three consecutive games.  She followed that up with two goals and one assist in Utica’s 5-0 win over the Monarchs on Saturday.

Santullo currently leads the country with 11 goals and 2.20 goals per game.  She is also second nationally with 3.40 points per game.

The Pioneers (4-1, 4-0 UCHC) will remain on the road with a UCHC showdown at Stevenson University next weekend.  Friday’s game will begin at 7 p.m. while Saturday’s contest is scheduled for 3 p.m.

COMETS BEAT SENATORS TO MOVE TO 10-0