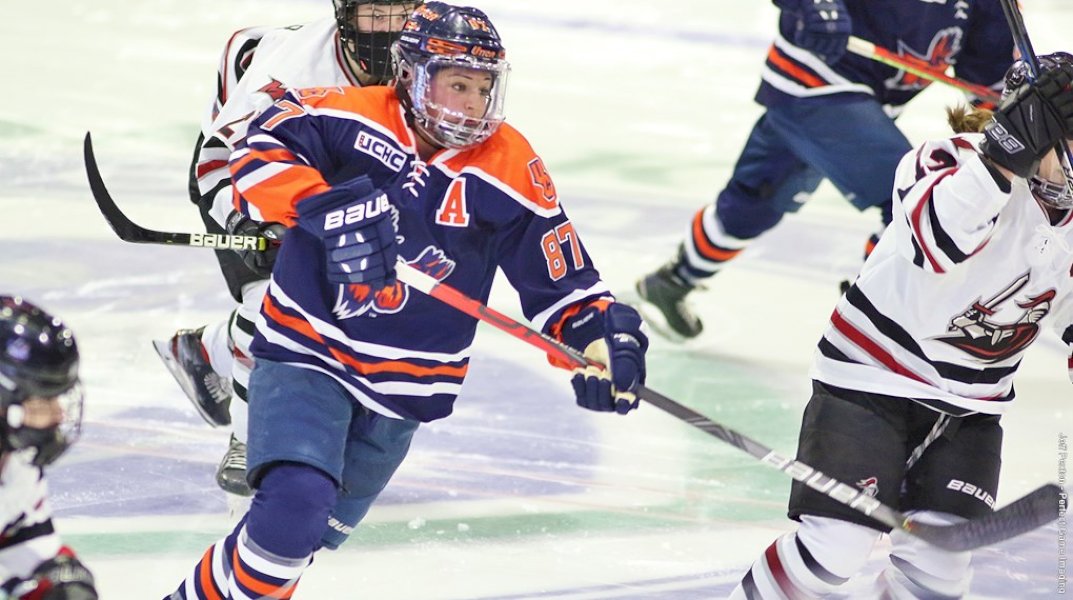 UTICA, NY- Senior Georgiana Santullo (Woburn, MA/Boston Shamrocks/Woburn High School) of the Utica College women’s hockey team was named the UCHC Co-Player of the Week Monday after her nine-point outburst to lead the Pioneers to a conference sweep last weekend.

Santullo accounted for over half of the Pioneers’ points in back-to-back 8-0 wins at Arcadia.  On Friday, she had a natural hat trick and also added an assist on the win.  She built off that performance with a five-point outing on Saturday, featuring another hat trick and two assists. Santullo is currently second in the country in both goals per game and points per game.

The Pioneers (2-1, 2-0) return home this weekend for a pair of UCHC games against Kings College.  The teams will faceoff at 2:30 p.m. on Friday and 2 p.m. on Saturday at the Adirondack Bank Center.