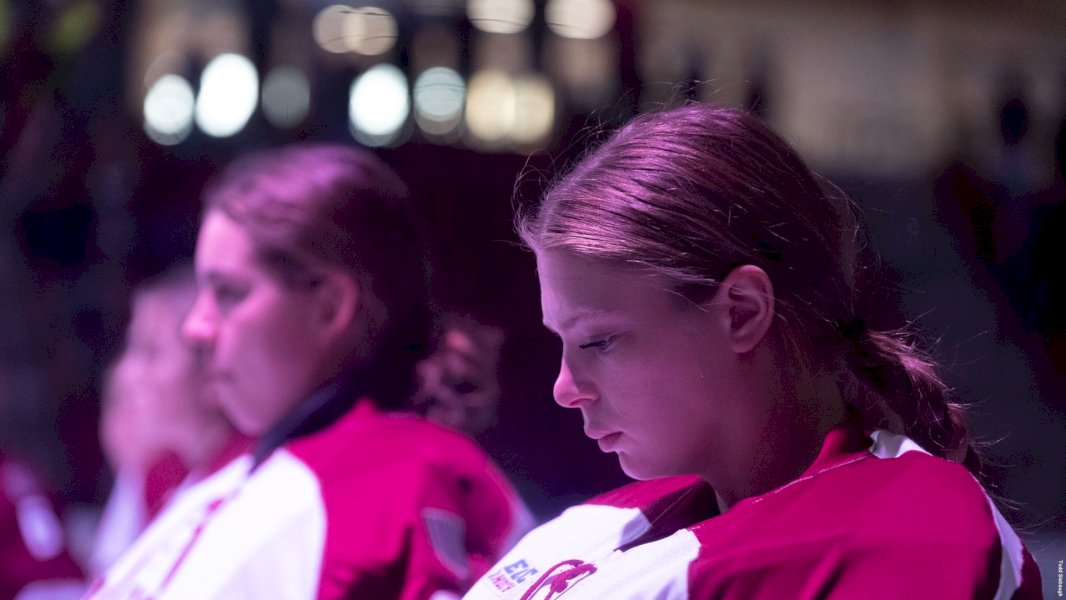 HAMILTON – Colgate Women’s Ice Hockey finished off their two-game series against RIT Saturday, Oct. 15. The Raiders walked away with a 5-0 win backed behind a strong offensive game.

The Raiders broke the record for most shots on goal in a single game with 67, beating the previous record of 66 held back in 2016.

Danielle Serdachny led the charge with one goal and two assists for three points, bringing her season total to 14 points and career total to 120. Serdachny now sits third all-time in career points for Colgate.

Kristýna Kaltounková continued her dominant weekend, snagging one goal and one assist for two points. Kaltounková recorded seven points over the weekend.

Kayle Osborne collected her third shutout of the season and the eighth of her career, making eight saves on the night.

Maggie MacEachern got the ball rolling for the Raiders, flying into the offensive zone and letting one fly past the Tigers keeper just 30 seconds into the game. Kaltounková and Sydney Bard earned assists on the goal.

Serdachny and Elyssa Biederman added to the score sheet later on in the first, firing shots over the keepers shoulders to bring the lead to 3-0. The Raiders registered 31 shots on goal to the Tigers zero.

Eight minutes into the second period Dara Greig slotted one past the Tigers goalie off passes from O’Donohoe and Serdachny. O’Donohoe netted one of her own with just under four minutes to play in the second, bringing the Raiders lead to 5-0.

The third went on as the Raiders dominated possession of the puck, outshooting the Tigers 67-8, closing out the period to secure the 5-0 win.

The Raiders take the week off before returning home for a two-game series against Hockey East opponents Vermont. The Catamounts are 4-1-1 with an impressive win over UCONN. Puck drop is set for Friday, Oct. 21 at 6 p.m. and Saturday, Oct. 22 at 3 p.m.