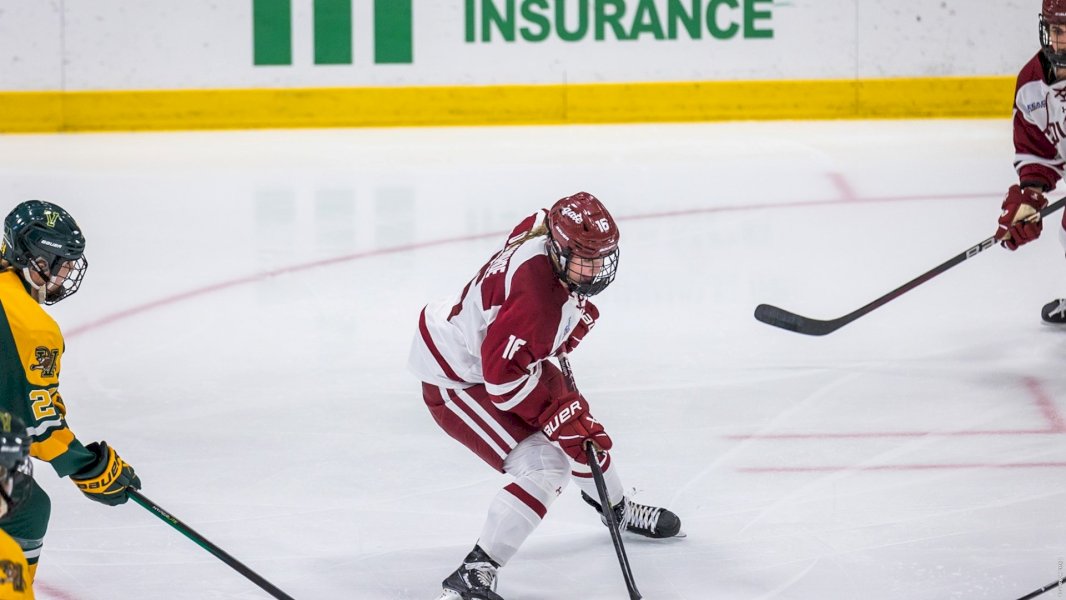 Kaitlyn O’Donohoe led the way for the Raiders, firing two goals past the Tigers goaltender. O’Donohoe sits at four goals and nine assists for 13 points in 10 games.

Kayle Osborne’s 27 saves brings her season record to 6-0 and career record to 33-12-2, one win shy of third all-time in career wins.

The Raiders were outshot for the first time this season, as the Tigers led the way 28-26. Tanner Gates and Maggie MacEachern blocked three shots each, as the Raiders led 14-7 in blocked shots.

Kaitlyn O’Donohoe kicked off the game for the Raiders with just over five minutes to play in the first, firing one to the back of the net off a rebound from Danielle Serdachny’s shot. Colgate led 1-0 for just over a minute, as the Tigers tied things up off a shot from the blue line.

After a slow start in the second period, the Tigers were called for their first penalty of the night. The strong Raiders power play took advantage of the man advantage, as ECAC Hockey Defender of the Week Sydney Bard wired one past the keeper. Colgate led 2-1 with just over 10 minutes left in the second period.

With just under 18 minutes left in the third period, Sara Stewart received the puck off a shot from Sammy Smigliani, making short work of the Tigers defensive game, sneaking one past the Tigers netminder off a wrap-around. Stewart’s goal pushed the Raiders lead to 3-1.

A bad turnover in the neutral zone by the Tigers led to a Raiders goal from Neena Brick as she flew into the zone uncontested, scoring off the back-hand to push the Raiders lead.

Kaitlyn O’Donohoe netted her second goal of the game, gliding into the Tigers zone and putting one short-side high, securing the 5-1 win for the Raiders.

The Raiders pack everything up for an overnight road trip to Hamden, Conn. for a Saturday afternoon showdown against No. 7 Quinnipiac. Puck drop is set for 3 p.m.