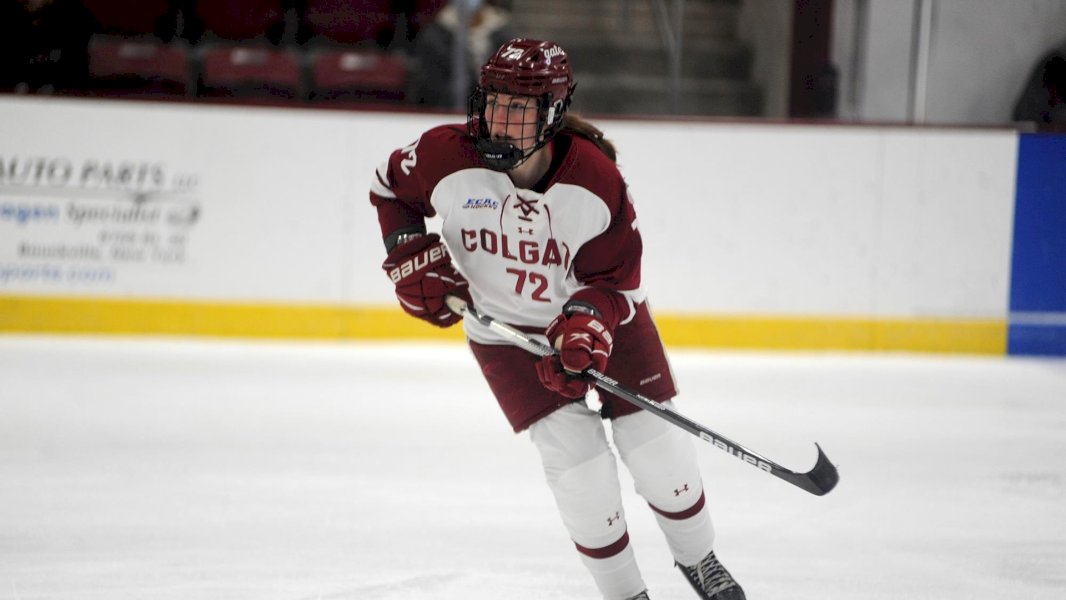 The Raiders opened the scoring just two minutes into the game when Kalty Kaltounkova put one in off a pass from Maggie MacEachern.

The Crimson then answered back with two goals of their own. Keely Moy scored a short-handed goal at the end of the second period and Emma Buckles found the back of the net at the beginning of the third, as the game would be tied at 2-2.

Serdachny’s first goal came less than 20 seconds after Noemi Neubauerova found the back of the net, as the Raiders quickly took a 4-2 lead with 10:13 remaining in the game.

Just 30 seconds later, Harvard answered back with a goal from Dominique Petrie as she cut the lead to one. Three minutes after that Kristi Della Rovere scored to tie it up.

A minute into overtime, Serdachny netted her second of the game on a power-play to win it for the Raiders.

Colgate tallied 45 shots in the game, out-shooting the Crimson who had just 23.

The Raiders return home next Friday to face Brown. Opening face off is 6 p.m. at the Class of 1965 Arena.