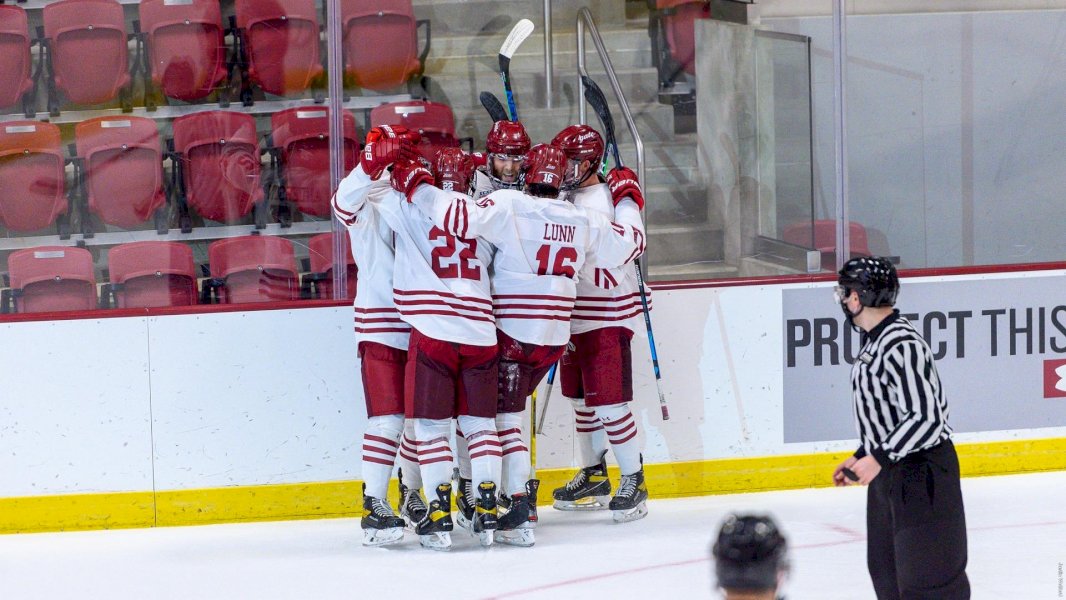 Nic Belpedio, Arnaud Vachon, Colton Young, Cole Hanson, and Ryan McGuire found the back of the net for the Raiders. Carter Gylander made 23 saves in the winning effort.

RIT struck first off a turnover and had the early momentum but Colgate stole it right away with two quick goals less than three minutes apart. Belpedio rifled one home from the point before Vachon sniped a one-timer off the faceoff to put the Raiders in front for good.

Pierson Brandon nearly extended Colgate’s lead late in the first, but his breakaway shot was saved. Gylander and the Raiders’ defense held tough to hold the one-goal lead at the intermission. C. Young added a goal in the second and Colgate led 3-1 after two periods.

With the Tigers looking to close the gap early in the third, Colgate put those wishes to bed with two quick goals. Hanson was the beneficiary of a loose puck in front of the net and just 32 seconds later McGuire scored his first goal to blow the game open, 5-1.

The final 15 minutes of regulation turned into a physical, back-and-forth affair and Gylander was up to the task. One late blemish with seven seconds left was all the Tigers could muster and Colgate coasted to a 5-2 season-opening victory.

“I was very pleased with our effort tonight. Of course there were some nerves early but I thought our compete was excellent. Our first year guys played with a lot of poise and obviously for McGuire, Belpedio and Hanson to score their first goals was a huge lift for the team. It was just really great to be playing in front of fans again. We fed off that energy throughout the game. I am happy for the guys to get the first one.“

Colgate heads to Burlington, Vt., next weekend for two games at Vermont. Opening faceoffs on Friday and Saturday are slated for 7 p.m.

Raiders Pick up Win Over Mercyhurst