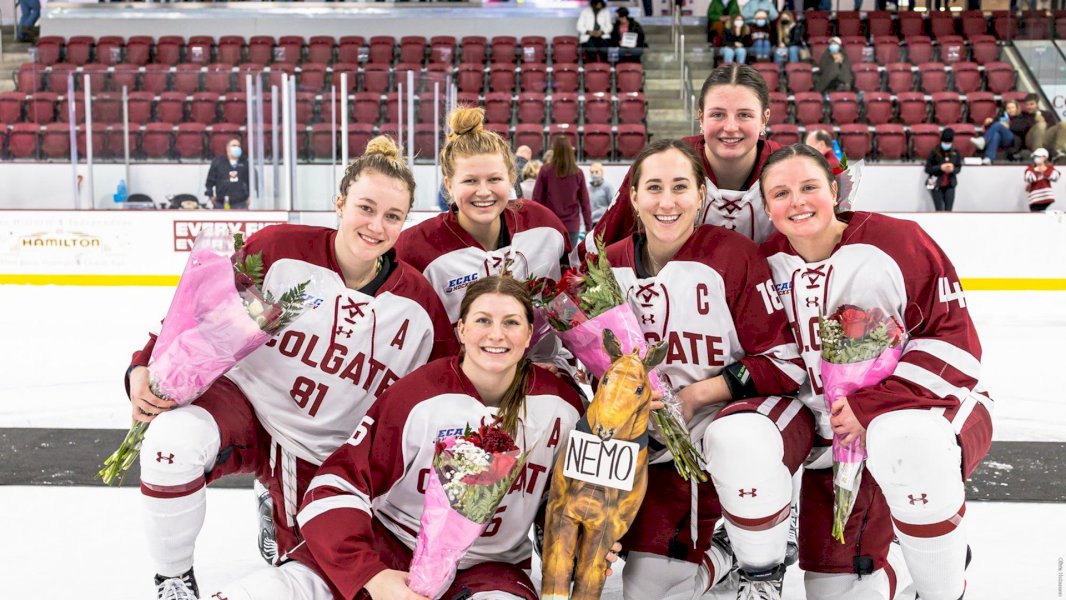 The Raiders opened the scoring just over three minutes into the game when Eleri Mackay played a pass to Darcie Lappan who tapped it back to Sydney Bard whose shot took a tough bounce in front of the net and found its way in. Both teams had one power-play chance in the first but neither was able to take advantage.

In the second, Colgate doubled its lead when Sydney Bard found Tanner Gates who then passed to Katie Chan for a one-time shot that she ripped into the back of the net with just over 14 minutes remaining.

The Engineers had three more power-play chances in the second, all of which Colgate was successful in killing off.

In the third, the Raiders put heavy pressure on the Engineers during three of their power-play chances, including one that was a five-minute major for boarding.

Colgate fought off RPI’s two-skater advantage that occurred in the final three and a half minutes of the game after the Raiders were called for high sticking and the Engineers pulled their goalie.

After killing the penalty, Danielle Serdachny topped off the scoring with an empty netter with 1:01 left in the game. Rosey Demers and Sammy Smigliani picked up assists on the goal

Colgate recorded over 50 shots for the second night in a row as the Raiders ended with a 52-19 advantage.

Hannah Murphy made 19 saves as she improved to 10-2 and earned her second shutout of the season.

Colgate welcomes Cornell on Tuesday for a 6 p.m. game at the Class of 1965 Arena.