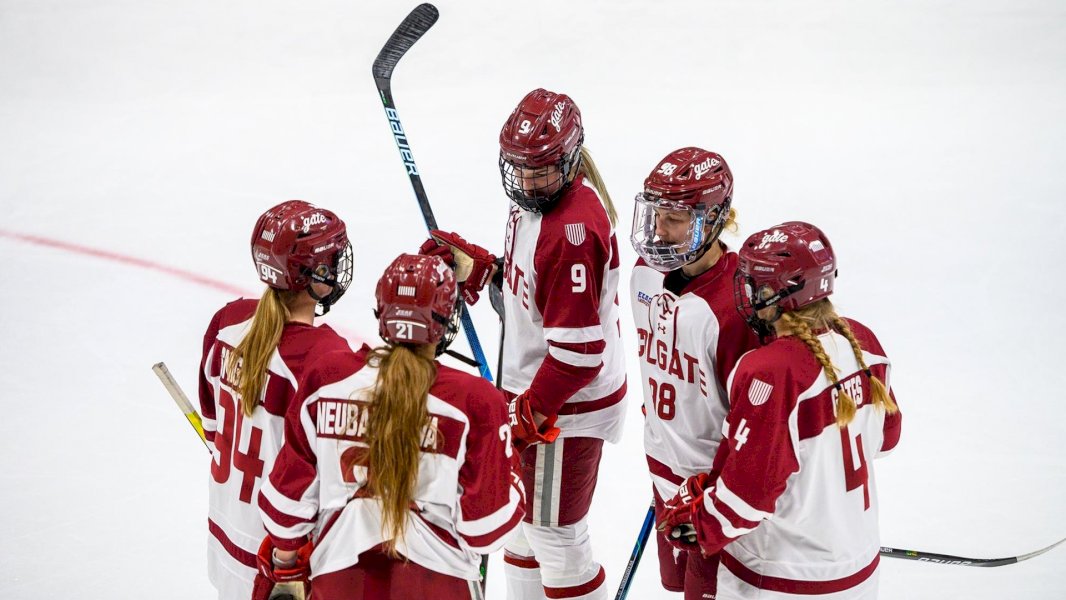 HAMILTON— In a year of much uncertainty, Colgate women’s hockey did not let any distractions prevent the team from accomplishing its goals last season.

“What comes to mind immediately is how close our group got through all the adversity that was faced,” head coach Greg Fargo said during the ECAC Hockey media day on Wednesday.

“Hopefully we will never face anything like that again, but to have gone through it with that group of people made it really special,” he added.

“When I look back and think about the smiles on their faces and being able to celebrate with our team, I know it is something I won’t forget,” Fargo said.

Colgate looks to build on that as they enter this season ranked sixth in the country in the United States College Hockey Online poll and first in the ECAC Hockey preseason poll.

Osborne finished sixth in the nation in saves with 473, while posting a .926 save percentage and 1.70 goals-against average, helping her earn ECAC Rookie of the Year.

The Raiders will have some new talent on the ice with the addition of eight freshmen and one transfer.

This will be similar among other ECAC Hockey teams as the conference returns to full strength. Last season, Colgate was one of four teams competing in the conference, along with St. Lawrence, Clarkson, and Quinnipiac.

“We all have a lot of players that have never played against each other and I think that brings on a certain level of excitement to be able to do that for the first time with them,” Fargo said.

“I think one of the greatest parts about being in the ECAC is that you get to go to everyone’s rink every year, so it will be nice to be back in some of those buildings.”

Another aspect of this will be the return of fans in those rinks.

“It’s going to be so great having the Colgate community and students here in our own rink again and to be able to feel that when we go on the road with some of the environments our players get to play in. It’s all part of the experience here,” Fargo said.

The Raiders open the season hosting RIT on Friday at 5:00 p.m. Before the game, a banner ceremony will be held celebrating Colgate’s ECAC championship and NCAA tournament appearance last season.