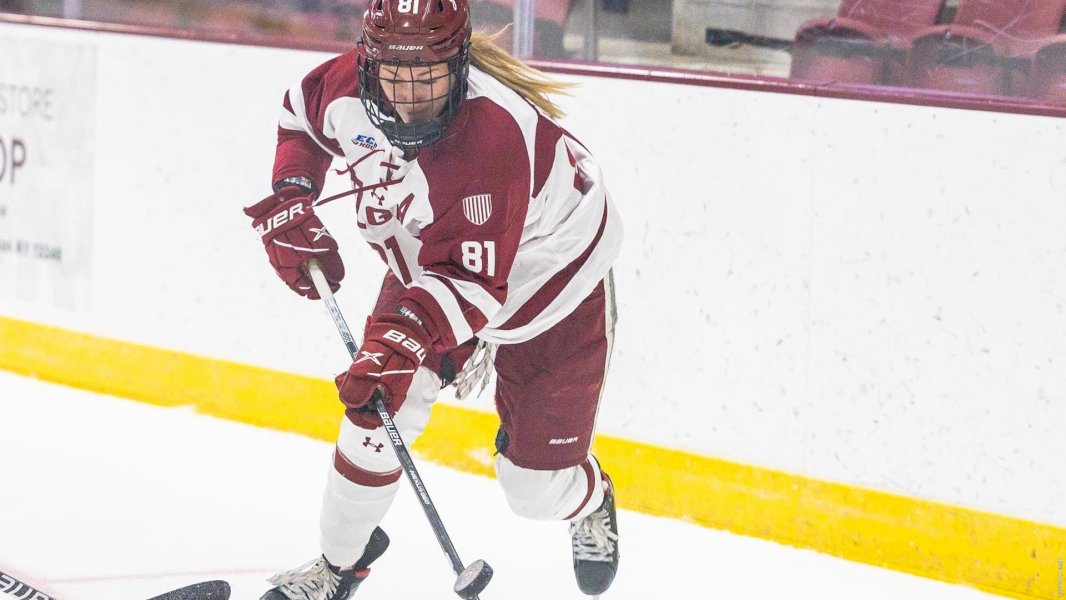 SYRACUSE, N.Y. — The third-ranked Colgate women’s hockey team improved to 8-0 on the season with a 5-2 win at Syracuse.

Similar to Thursday’s game against the Orange, the Raiders were able to get on the board early as Kalty Kaltounkova found the back of the net just 50 seconds into the game.

Syracuse responded well as less than two minutes later the game was tied off a goal from Madisom Primeau.

Katie Chan closed out the scoring in the first when she put one in on a power play with just over six minutes remaining to make it 2-1.

Delani Mackay increased the Raiders lead when she scored with just over six minutes remaining off an assist from Rosy Demers.

The Orange once again answered right back, as about a minute later Anna Leschyshyn scored to cut the Raiders lead back to one at 3-2.

Colgate then came right back with another goal of their own. Danielle Serdachny netted her fifth of the season to double the lead.

Just a couple minutes after that Neena Brick scored to make it 5-2 Raiders.

Kayle Osborne made 15 saves in net, picking up her sixth win of the year.

“It’s been a good start to our season but this team is yet to be satisfied and has a hunger to keep making progress every day and improving together. It’s going to be important we stay focused on right things and get ourselves ready for the next challenge.”

The Raiders welcome sixth-ranked Minnesota to the Class of 1965 arena for two games next weekend. The action starts with a 2 p.m. game on Friday.