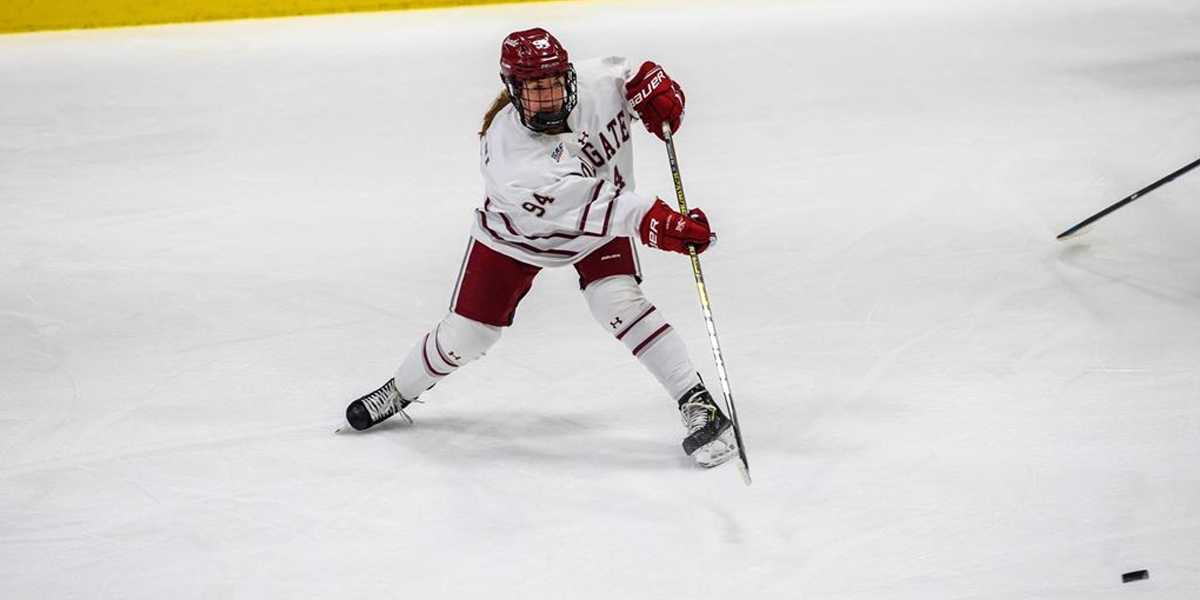 Colgate stepped onto the ice looking to earn the season sweep of Quinnipiac. The Raiders saw the first power play opportunity only 50 seconds into the game. Despite a few chances, the visitors were not able to find the score sheet. Quinnipiac finished the period with a 10-4 shot advantage, but the score remained tied 0-0 after twenty minutes.

The Bobcats broke through just over five minutes into the second period to take a 1-0 lead on a redirected shot. Sammy Smigliani erased the Bobcat lead with her third goal of the season at 13:46 of the period. Malia Schneider and Danielle Serdachny picked up assists on the goal.

Liz Auby, who finished with 26 saves, came up with some key saves in the third including a blocker save on a Bobcat breakaway opportunity. The Bobcats were able to sneak another past Auby at 16:15 to take this one 2-1.

The Raiders came into Hobey Baker Arena looking to avenge a November 1st 1-0 loss to Princeton. The Tigers took an early 1-0 lead in the opening minute of the contest. Allyson Simpson scored her first goal of the game at the 12:13 mark to tie tings up. Her slap shot goal from the point was assisted by Serdachny and Smigliani. Princeton scored at 16:22 to regain the lead, but the Raiders would respond before the end of the period. At 18:17 Simpson scored again on a quick wrister through a screen tying the game at two all.

Have a day, Ally❗️ The freshman has doubled her career total in the first period!#WePlayFree #GoGate pic.twitter.com/S4wEVN0jVt

The excitement continued in the second period when Colgate jumped out to a 3-2 lead thanks to Noemi Neubauerova. Princeton answered a few minutes later to tie the game once again. A Smigliani power-play goal gave Colgate a 4-3 lead at the 11:56 mark.

The offense continued to produce in the third where the teams combined for five goals. Princeton scored three unanswered at 1:39, 7:36, and 8:58 to take a 6-4 lead. Smigliani scored her second of the day, and third of the weekend to cut the deficit to one with 5:02 to play. The Raiders nearly tied it up, but a Schneider slap shot clanged off the pipe and out of harms way. Princeton scored an empty netter late in the third to secure the victory. Auby finished with 26 saves.

The Raiders are now off for almost a month before heading to Pittsburgh to compete in the Battle of the Burgh. Colgate will play Northeastern on January 4th and either Wisconsin or Robert Morris on the 5th.

Colgate Knocks Off #9 Harvard In Overtime