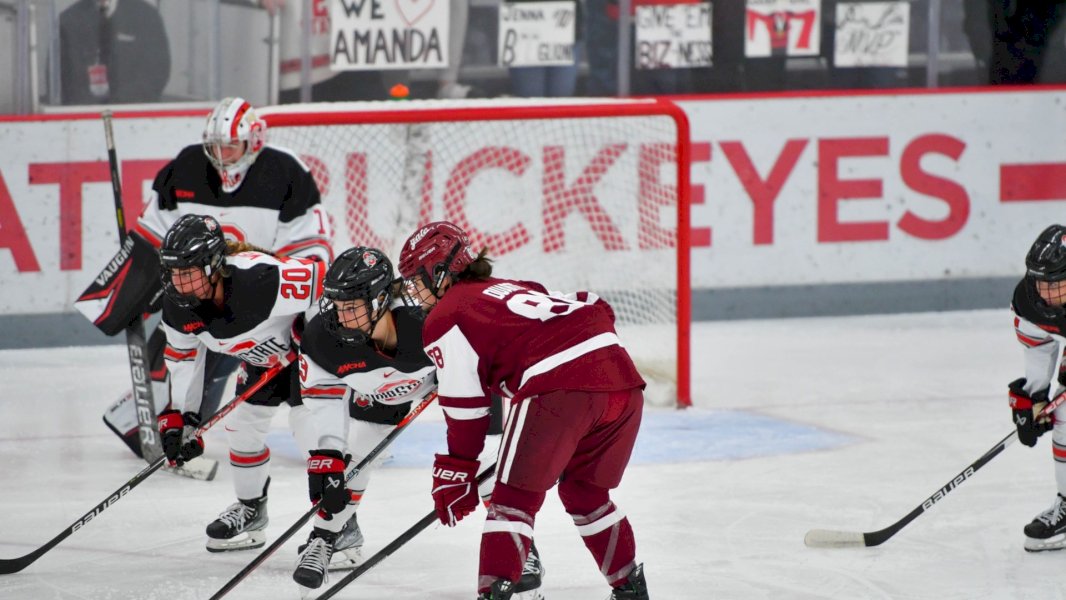 Colgate held the Buckeyes to two even strength goals throughout 60 minutes of play.

After a back-and-forth battle through 10 minutes of play OSU found the scoreboard first, netting one on the man-advantage. The Buckeyes’ offense recorded two more power play goals to bring the score to 3-0 after 20 minutes of play.

OSU continued its strong performance, potting two quick goals at the start of the second period. Colgate’s offense awoke in the second as Kaitlyn O’Donohoe notched her sixth goal of the year between the pads of the Buckeyes’ goalie.

Serdachny collected a goal of her own late in the second, as the score sat 5-2 through 40 minutes of play.

The third period was a defensive battle between the two teams before OSU scored its sixth goal of the game as the Buckeyes held on for the 6-2 win.

UP NEXT
Colgate takes the remainder of the November off before making the trip to Brown and No. 5 Yale for two ECAC Hockey conference games. Puck drop is set for 6 p.m. Friday, Dec. 2 against the Bears, and 3 p.m. Saturday, Dec. 3 against the Bulldogs.