Raiders Cruise to 5-1 Victory Over Vermont 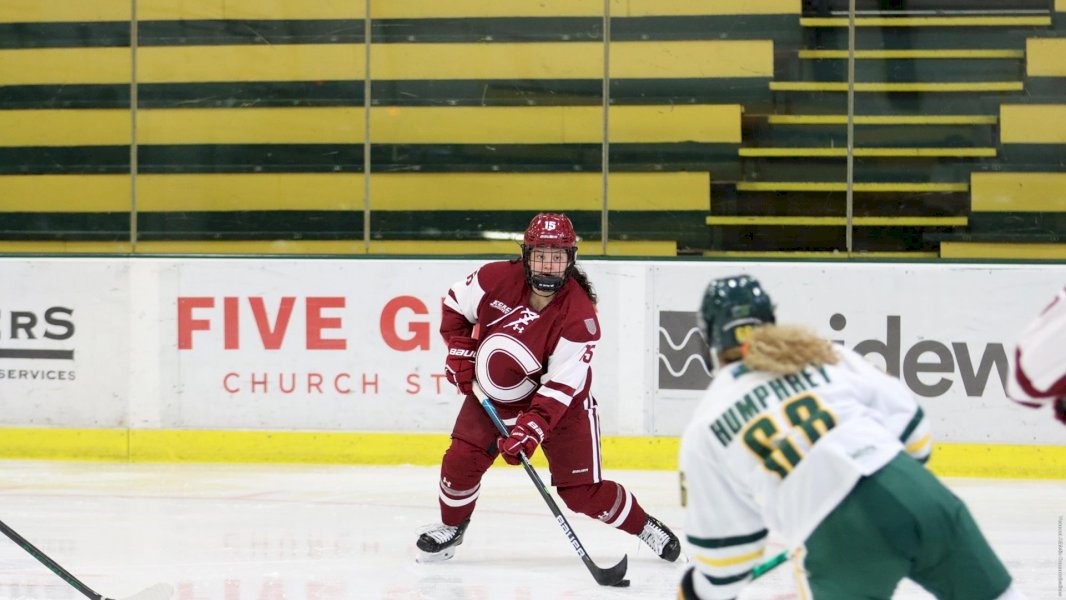 BURLINGTON, Vt. — The Colgate women’s hockey team picked up a 5-1 victory on Sunday to complete a weekend sweep of Vermont.

In the first period, Colgate went up 1-0 when Danielle Serdachny threaded a pass to Allison Simpson who put it home. Less than a minute later the Catamounts came back and tied it up with a goal from Kristina Shanahan.

The Raiders retook the lead with 2:08 remaining in the period when Sydney Bard found the back of the net.

Early on in the second period, Colgate faced back-to-back penalties but was able to prevail in killing both.

Kayle Osborne made two big saves to prevent Vermont from capitalizing on the power play. The sophomore had 22 saves on the afternoon.

Later in the period, the Raiders doubled their lead with two quick goals. With 9:32 remaining in the period Kalty Kaltounkova slotted one in on a breakaway off an assist from Serdachny. Just 20 seconds later, Delani MacKay ripped a shot from the top of the circle that was tipped in by Malia Schneider to make it 4-1.

Serdachny topped off the scoring for Colgate in the third when Bard found her on a backdoor pass that she finished off.

“This was a strong weekend of play for us. It feels good to play and win behind a real solid team effort and focus. I was especially pleased with our first 10 minutes today and also thought that the energy we played within the second period and beyond was the difference.”

The Raiders return home on Thursday to host Syracuse at 7 p.m.