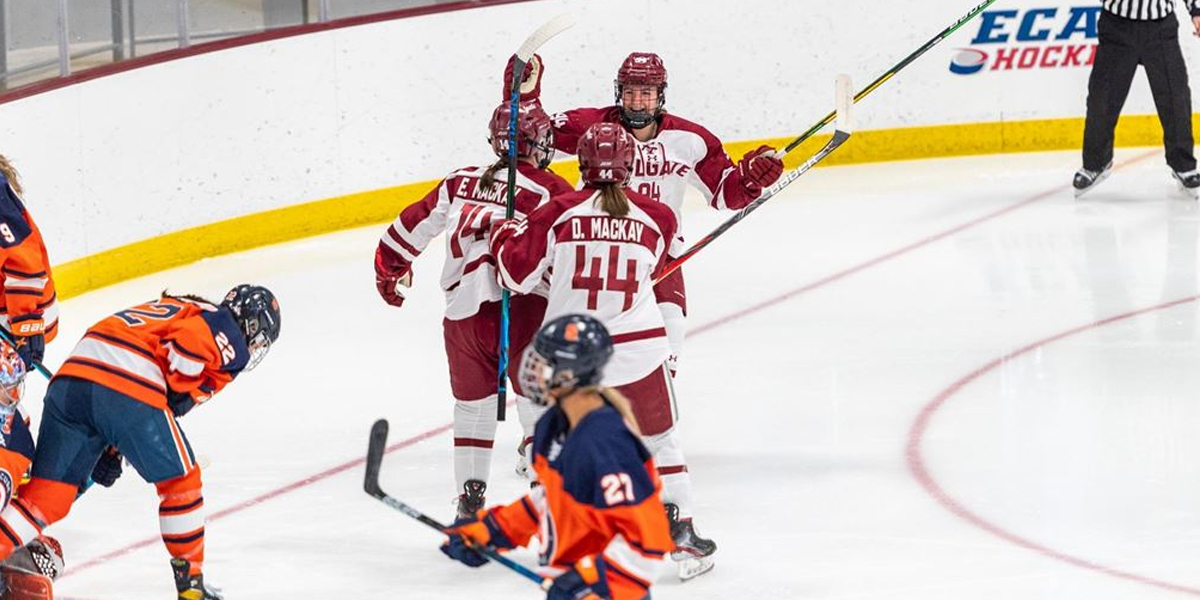 Syracuse traveled to Class of 1965 Arena looking to avenge their 3-2 overtime loss to the Raiders last night. Colgate had other plans and skated to a 3-1 win in their 2020-21 home opener.

Eleri MacKay (Brookfield, Wisconsin) opened the scoring for the Raiders only 1:28 into the first period. Sammy Smigliani (La Jolla, California) and Taylor Kirwan (Gull Lake, Saskatchewan) picked up assists on the play.

First of the year for MacKay, first for the Raiders at home 😎 pic.twitter.com/0dvDPBcqhA

The second period saw Colgate ramp up the offense, but Orange goalie Allison Small (Nestleton, Ontario) stood strong saving a total of 17 shots through the first two periods. Colgate freshmen Kayle Osborne (Westport, Ontario) had to make 6 saves in the middle frame including a sprawling rebound save with under a minute to play.

We see an absolute unreal save by freshman goaltender Kayle Osborne in the final minute to keep this thing even! pic.twitter.com/70POyKfldo

Colgate was assessed their only two penalties of the game in the third period. The penalty kill did their job and were successful in keeping the Orange at bay. 14 seconds after killing off the second penalty the Raiders flew down the ice on an odd man rush and scored to take a 2-1 advantage. Maggie MacEachern (Brooklin, Ontario) and Kristyna Kaltounkova (Vlasim, Czech Republic) picked up helpers on the Rosalie Demers (Blainville, Quebec) goal.

A chip over into an odd man rush.

MacKay scored her second of the night just 41 seconds later to secure the Raiders victory. Kaltounkova and Demers picked up assists on the insurance marker.

Osborne improved to 2-0 with a 14 save performance for the Raiders. Syracuse netminder Small finished with 31 saves.

Colgate bench boss Greg Fargo was happy with his teams performance and had this to say after securing the weekend sweep.

Neither team has announced their next game, but we will have the recap right here for you whenever they play next! 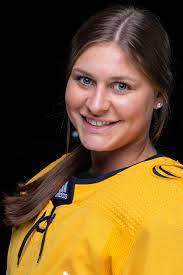