Home — NCAA DI — Colgate Women — Raiders Come From Behind to Beat No. 10 Clarkson 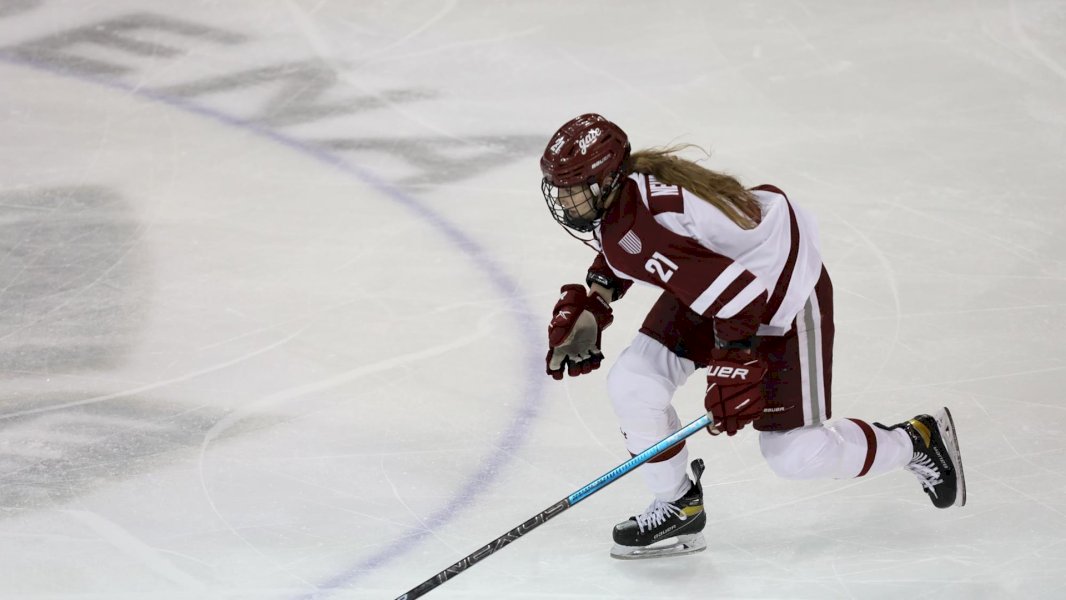 POTSDAM, N.Y.— In her first game back from the Olympics, Noemi Neubauerova recorded assists on both of eighth-ranked Colgate’s goals in a 2-1 win over tenth-ranked Clarkson on Friday.

Hannah Murphy also had a standout game in goal making 39 saves, which is a season-high for the first year.

The Golden Knights got on the board first with a goal from Stephanie Markowski off a pass from Baylee Kirwan with two seconds remaining in the opening period.

The Raiders had one power-play chance in the period, but they were unable to take advantage of it.

In the second, Colgate tied the game up eight and a half minutes into the period when Kalty Kaltounkova deflected a Clarkson pass and found Neubauerova up the ice. Neubauerova then slotted a pass to Rosy Demers who was able to put it past a sliding effort by Clarkson’s goalie.

Kaltounkova then scored eight and a half minutes into the third period to put Colgate up 2-1. Neubauerova wrapped around the goal and played a pass to Sydney Bard whose shot was tipped in by Kaltounkova.

The Raiders went on the penalty kill after Kaltounkova was called for elbowing with 2:08 left in the game. Some strong defensive efforts and big saves from Murphy prevented the Golden Knights from scoring a potential game-tying goal as the Raiders held on for the win.

The victory flipped Colgate and Clarkson’s spots in the ECAC Hockey standings. The Raiders now sit in fourth place and a win tomorrow would give them hosting privileges for next weekend’s ECAC Hockey quarterfinals.

Colgate makes the short trip from Potsdam to Canton to take on St. Lawrence at 3 p.m. tomorrow.