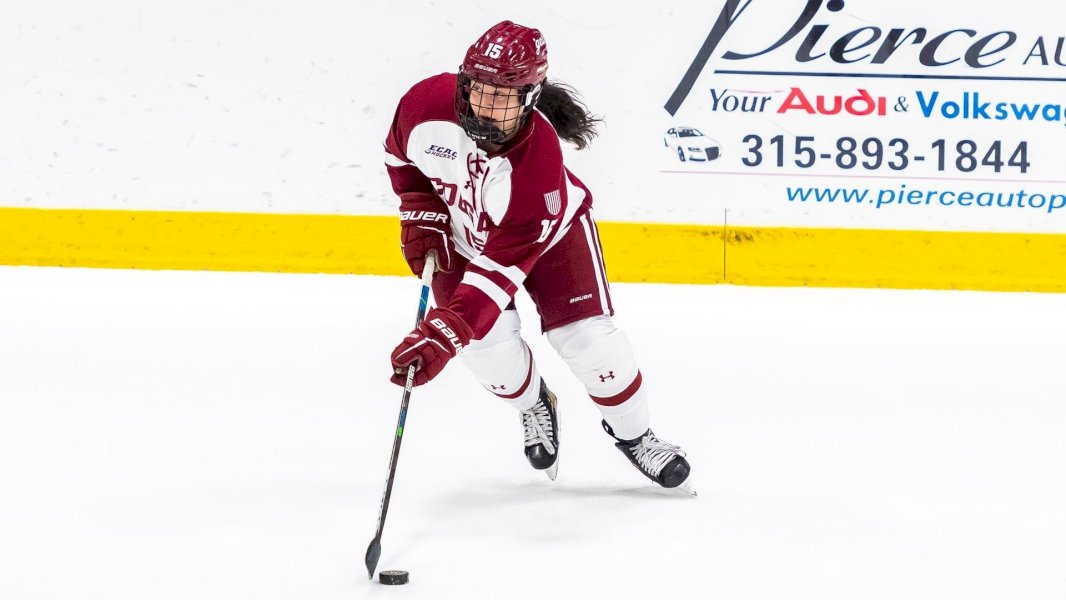 The Bulldogs scored a goal in each of the first two periods and twice in the final one.

The Raiders were unable to get much going from the start as they registered just four shots on goal in the first.

Yale opened the scoring just over halfway through the period when Tess Dettling found Charlotte Welch who scored to make it 1-0.

In the second, Colgate outshot Yale 13-9, but the Bulldogs were still the only side to find the back of the net as Elle Hartje put one in to double the lead.

Rebecca Vanstone scored a power play goal and Dettling scored a shorthanded goal in the third to make it 4-0 Yale.

Colgate had multiple chances to score in the third but could not capitalize. The Raiders ended up outshooting Yale 32-25. There were also six power play opportunities that Colgate could not convert on.

“I have to hand it to Yale as they were better than us all over the ice tonight, especially in the first two periods. They were ready to play from the start, dictated play and played as a team. We talked about those things but didn’t execute as we’ve seen it in the past. The game is fair, you always seem to get what you deserve and that was certainly the case tonight.”

The Raiders travel to RPI on Friday for a 6 p.m. game.