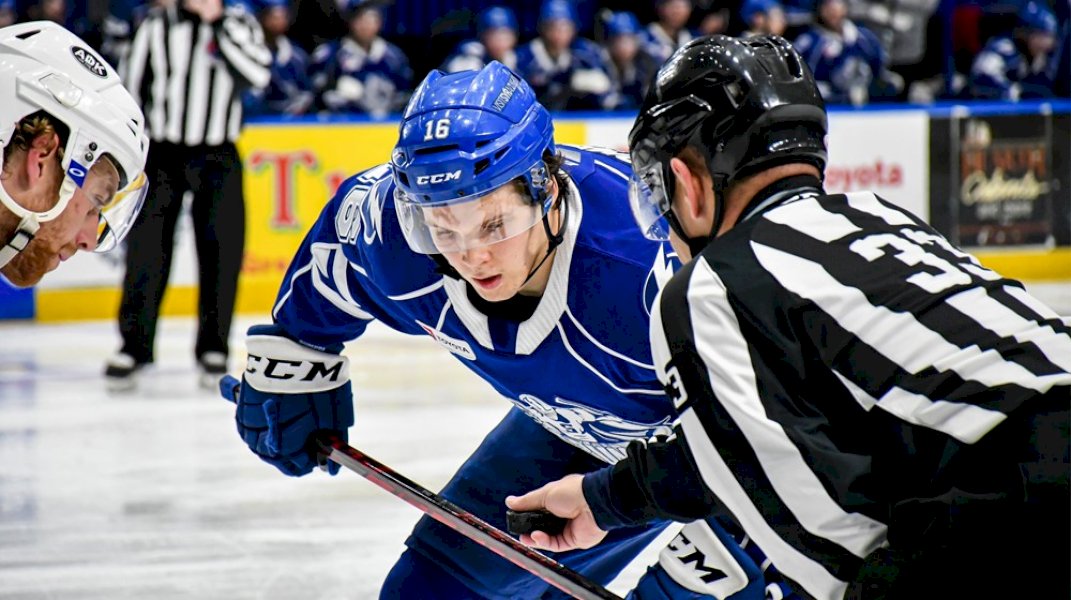 The Crunch begin their two-game preseason slate tonight at they host the Utica Comets at Upstate Medical University Arena.

Syracuse concludes its preseason schedule tomorrow afternoon in Rochester; Utica defeated the Amerks, 4-3, in a shootout last night in their opener.

The Crunch concluded the 2020-21 season with a 19-10-3-0 record while serving as a dual affiliate for the Tampa Bay Lightning and Florida Panthers.

After posting a .641 points percentage, the Crunch have now posted a points percentage of .500 or better in seven consecutive seasons-a franchise record. They finished third in the North Division and seventh overall in the AHL.

The Crunch featured a prolific offense in 2020-21, setting a new franchise record by averaging 3.75 goals per game. They scored at least four goals in eight of their 12 games against Utica, including in six of the seven meetings at Upstate Medical University Arena.

Among returning players for the Crunch, Otto Somppi had the most points last season, finishing third on the team with 26 points in 32 games during a career season. He tied for the team lead with 12 goals.

Antoine Morand returns to the Crunch for his first full season in the organization. He was acquired by Tampa Bay in a trade with Anaheim last season and he logged 12 points in 19 games for the Crunch; he totaled 18 points in 40 games between Syracuse and San Diego.

On the blueline, the Crunch only return three players-Sean Day, Alex Green and Dmitry Semykin. Day led that group in scoring last year with 15 points (3g, 12a) in 29 games.

Max Lagace is expected to start tonight for the Crunch. The 28-year-old spent the 2020-21 season with the Penguins organization. He went 4-3-2 for Wilkes-Barre/Scranton and also played in one game with Pittsburgh, posting a shutout win against Buffalo.

Last season, the Devils AHL affiliate posted a 7-20-5-2 mark to finish last in both the North Division and the AHL. Thirteen players on Utica’s current roster dressed for Binghamton last season. Fabian Zetterlund led the Devils in scoring last year with 19 points in 34 games.

New Jersey recently assigned Nolan Foote to the Comets. Foote is the younger brother of Lightning defenseman Cal and he was originally drafted by the Bolts in 2019. He was traded to New Jersey at the 2020 trade deadline in the deal that brought Blake Coleman to the Lightning. He posted 17 points in 24 games with Binghamton and also netted two points in six NHL games with New Jersey.

The Crunch’s training camp roster currently stands at 26 players entering the weekend following the addition of forward Simon Ryfors from Tampa Bay. It features 15 forwards, eight defensemen and three goaltenders. Out of the 26, 13 players have played for the Crunch previously.

Syracuse has nine rookies competing in camp. Alexey Lipanov, Gage Goncalves, Cole Koepke, Dmitry Semykin and Jaydon Dureau have all seen action for the Crunch prior to this season while Mathew Hill, Shawn Element, Maxim Cajkovic and Hugo Alnefelt have not.

There are 13 players who are new to Syracuse or who have not yet played in a game for the Crunch.

All three goaltenders are new this season with veteran Max Lagace joining the organization from the Penguins. Rookie Hugo Alnefelt arrived in Syracuse for the final weekend of the 2020-21 season, but did not play in a game. Eamon McAdam is here on a PTO; he played for ECHL-Jacksonville last season and spent time with Lehigh Valley.

Up front, newcomers include Simon Ryfors, rookies Shawn Element and Maxim Cajkovic, veteran Charles Hudon and Aaron Luchuk, who is here on a PTO.

Last season, the Tampa Bay Lightning came to an agreement with their in-state rival Florida Panthers to share the Crunch as an AHL affiliate because Charlotte-Florida’s normal affiliate-opted out of the 2020-21 season.

With the AHL back on track for a normal season, the Crunch are back to a single NHL affiliate as they embark on their 10th season as the Lightning’s top farm club. The Crunch have posted winning records in eight of the first nine seasons with the Lightning; they have also advanced to two Calder Cup Finals in 2013 and 2017.

One of the free agent splashes for the organization was the Lightning’s signing of Gabriel Dumont. The veteran of 554 AHL games returns to the organization after spending the last two seasons with the Wild organization, where he saw time both with Minnesota and Iowa. Last season, Dumont tied for 15th overall in AHL scoring with 31 points (12g, 19a) in 34 games.

Dumont spent three seasons in the Lightning organization between 2016 and 2019. He served as the Crunch’s captain during the 2018-19 season and helped the team capture the North Division. He was also a member of the team during their run to the 2017 Calder Cup Finals. The Quebec native has appeared in 97 career regular season games for the Crunch.

Saturday marks the first Crunch home game of any kind with fans since Feb. 29, 2020.

The regular season home opener for the Crunch is set for Oct. 23 against the Comets.