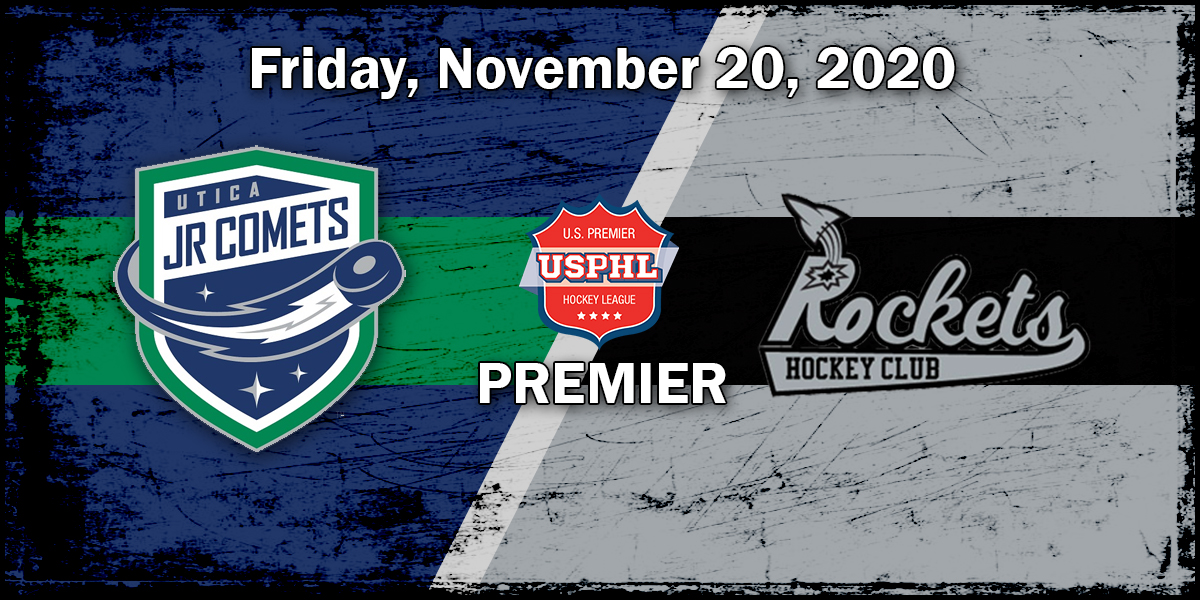 The Comets Premier team was looking to close out the Pennsylvania trip with another win Friday morning versus the first in the division, and first overall Rockets Hockey Club. Utica defeated Elmira Thursday afternoon before losing in a shootout to the P.A.L Junior Islanders Thursday evening. This was the third matchup against RHC in a week. Utica lost the last two meetings 7-3 and 7-1.

The Rockets jumped out to a 2-0 lead after scoring goals at the 4:40 and 7:25 mark of the period. Anthony Morin got the Comets on the board with an unassisted goal with 2:06 remaining.

At 3:42 of the second the Rockets re-gained their two goal advantage, which would be the theme of this game. Spencer Hrynczak scored a power-play goal at the 12:37 mark bringing the Comets back within one. J.D. Speer and Andrew Manley picked up assists. Once again, the Rockets answered back scoring at the 14:14 mark to pull ahead 4-2.

Early in the third Coby Smith scored a goal assisted by Alex Liebel and Andrew Martino picking up momentum for the Comets. However, the two goal lead was restored four minutes later when RHC notched another goal. The Rockets scored a late sixth goal while on the power-play for the 6-3 final. Colin Frost made 23 saves in the loss.

The seventh place Comets take on the sixth place Jersey Hitmen on December 4th and 5th in their next slate of games.