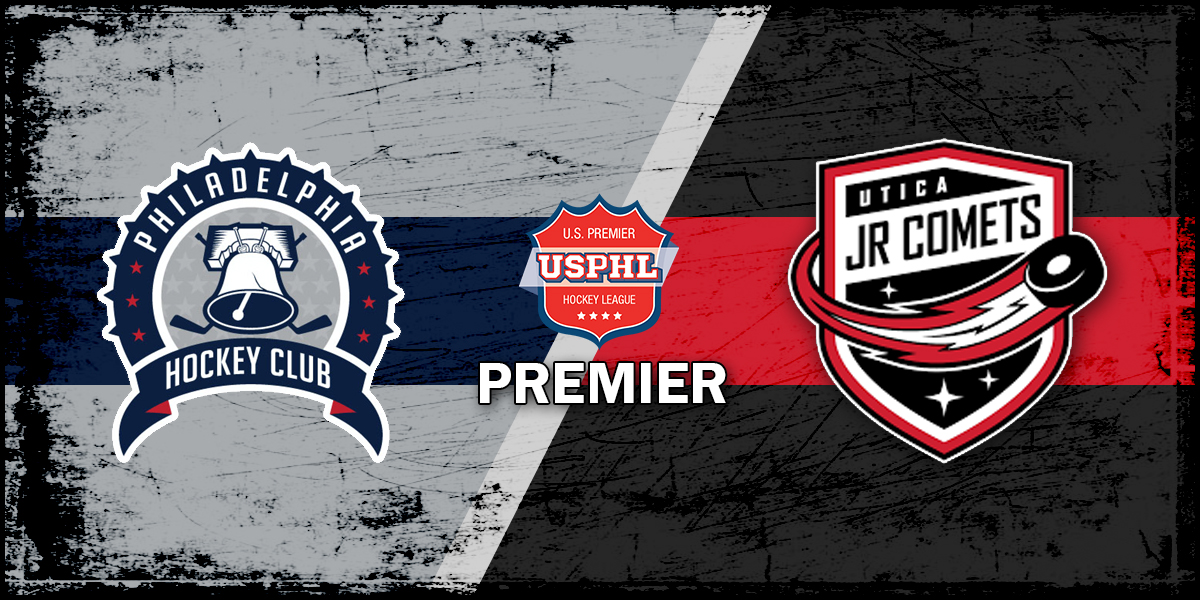 The disappointing start to the season for the Premier team continued over the weekend dropping two more games to Philadelphia Hockey Club.

On Friday Will Hilton and Andrew Martino scored first period goals to help Utica jump out to a 2-0 lead. JD Speer and Brendan Vettraino picked up assists on the goals. The second period was all Philly and they held a 3-2 lead heading into the third period. Martino added his second of the game at the 9:42 mark to tie the game and eventually force overtime. The extra period didn’t last long, PHC scored only 35 seconds into the period to secure the win.

The second period was the difference maker once again on Saturday. After Martino gave Utica a 1-0 lead in the first period, PHC scored five unanswered goals in the second period. Spencer Hecklinger scored an unassisted goal late in the second hoping to give Utica some momentum heading into the third. That would not be the case and Philly added their 6th goal of the game only 1:02 into the third. Vettraino and Speer scored third period power play goals, but it was too little too late for Utica.

Utica will travel with the NCDC team for a two game set against the Connecticut Junior Rangers this weekend on Friday and Saturday.

NCDC Has Successful Weekend In Philadelphia