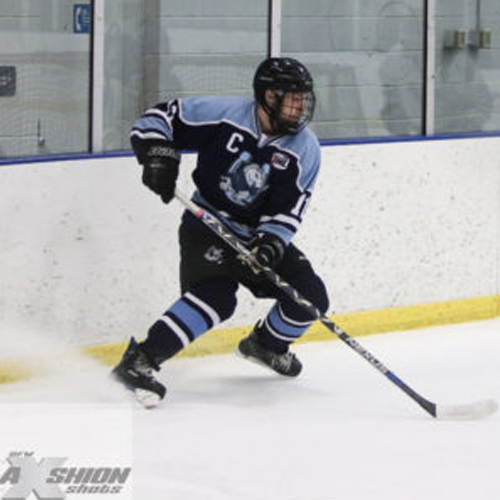 Oswego Stampede (NA3HL) Captain Rich Hart has committed to play NCAA Division III hockey at Morrisville State. Hart is a defenseman from Liverpool, NY and has been a member of the Stampede since the 2015-16 season. In his four seasons he has amassed 32 goals and 74 assists in 177 games.

According to the Oswego Stampede, Hart had been speaking to a few schools over the past couple of seasons. He felt that Morrisville was the best fit for him athletically as well as educationally.

Stampede head coach Mike Beavis went on to add “Richie is a solid Defenseman with a huge upside. He is one of the guys I look to each game as a leader as well as a top player. Over the past four seasons I have seen him develop into one of the leagues best defenseman.”

Hart is the second Stampede player to make a college commitment this season. Colin Burgess left the Stampede after he committed to King’s College just after the Christmas break. Burgess has yet to appear in any games, but has been practicing with the team since January.

The Stampede currently sit in second place in the Northeast division with seven games left before playoffs. As it stands now it looks like Oswego will be facing off against the Skylands Kings in the first round .

Congratulations to Richie. Good luck to you and the rest of the Stampede on your playoff run this season, and the future ahead! 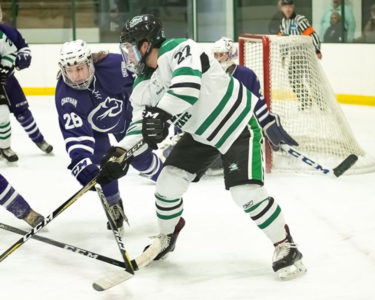