Orange Travel to Mercyhurst to Battle for CHA Title 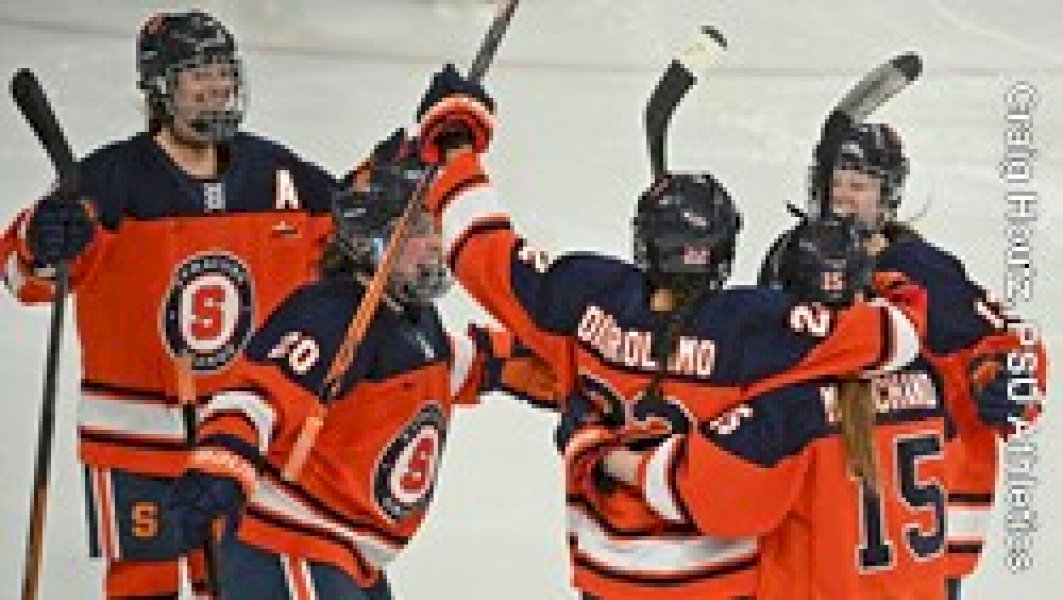 Syracuse and Mercyhurst meet for the 61st time. The Orange split the series in December in a pair of games in Syracuse. Orange goaltender Arielle DeSmet recorded her 1,000th career save.

Senior Abby Moloughney became the fourth Syracuse player to record 100 career points with her assist at Penn State on Feb. 5. She has 42 goals and 58 assists in 122 career games. Her 42 goals ranks third in Syracuse history, while her 58 assists is tied for fourth. She has 13 goals this season, which is the second highest goal total for a senior in program history.

CAREER PERFORMANCE IN THE NET

Goaltender Arielle DeSmet recorded a career-high 54 saves in the second game at Penn State, increasing her season total to 668 this season.

ORANGE IN THE OLYMPICS

Akane Hosoyamada ’15 is playing for Team Japan in the 2022 Olympics in Beijing. It is her second Olympic games with Team Japan. A two-time College Hockey America selection, Hosoyamada served as a Syracuse captain in 2014-15. She also earned academic recognition on the 2015 CHA All-Academic Team.

Japan finished 3-1 in pool play wins against Sweden (3-1), Denmark (6-2) and Czech Republic (3-2), and lost a shootout against China.  Hosoyamada tallied an assist in Japan’s 3-1 opening game victory against Sweden on Feb. 3. Japan will play Finland in the quarterfinals on Saturday, February 12 at 3:40 am.

This is the fifth Winter Olympic games with a Syracuse presence. Stefanie Marty ’11 played for Switzerland in the 2006, 2010 and 2014 Olympic Games. Marty,  made history as Syracuse Athletics’ first Winter Olympian. At Syracuse Marty was a two-time captain and an alternate captain in her three years wearing the Block S and still ranks among the top 10 goal scorers in program history. She earned 2011 CoSIDA Academic All-District honors.

The Orange will prepare to compete in the CHA Tournament on February 24th to February 26th. The championship tournament will be played on the campus of the top seed.

2021-22 SAVE OF THE DAY FOUNDATION JERSEY REVEALED