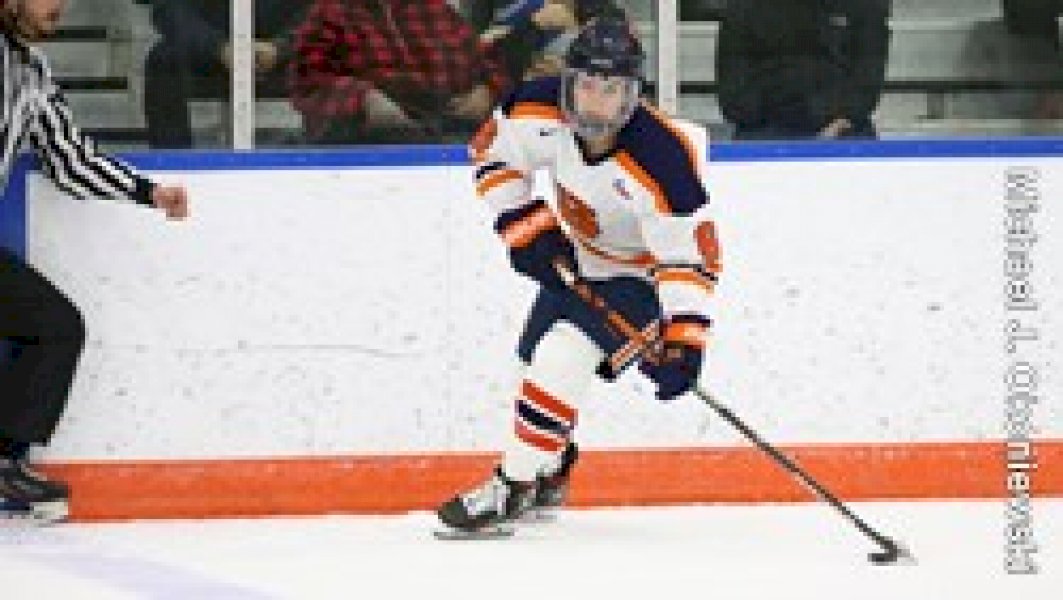 The Orange will begin 2022 in the ‘Battle at the Burgh’ against Boston University on Saturday, Jan. 1st (4 pm) at the UMPC Lemieux Sports Complex in Pittsburgh, Pa. This will be the first meeting between Syracuse (6-9-4 overall, 5-3 College Hockey America) and Boston University (9-6-3, 8-4-3 HEA). Penn State and St. Cloud will play in the second game of the opening round at 7 pm. On Sunday, the consolation game will face off at 12 pm followed by the championship game at 3 pm. All games will be streamed on YouTube.

STRONG IN THE CIRCLE

Senior Abby Moloughney ranks fourth on the Syracuse record list for games with three or more points with seven. The Orange record is eight held by tied with Jessica Sibley (2013-17), Melissa Piacentini (2012-16) and Isabel Menard (2009-11).

Syracuse is tied for seventh nationally with 13 power play goals and is 12th in the nation in penalty kill percentage (88.5%). Senior Abby Moloughney is Syracuse’s most opportunistic player on the power play with four goals this season, which ties for fifth nationally.

1: The Orange rank first in the CHA and 12th nationally in penalty kill percentage (.885).

2: Syracuse has posted two shutouts this season – one by Arielle DeSmet vs. Union and the second by Allison Small vs. RIT.

4: Victoria Klimek’s four points against Penn State are the most in a game by a Syracuse player this season.

6: Abby Moloughney and Madison Primeau lead SU in goals scored with seven each.

9: Sarah Marchand leads the Orange in assists with nine.

12: Twelve Orange skaters have scored goals in 2021-22, including 11 multiple-goal scorers.

15: Abby Moloughney has a team-leading 15 points.

16:  Sixteen different players have recorded at least one assist this season, including five who have six or more helpers.

Senior forward Courtney Correia leads Boston University with 17 points, including nine goals and eight assists, and is the Terrier’s leader in the faceoff circle with 155 wins.

Senior forward Natalie Heising paces the Penn State (10-6-2, 4-2-0 CHA) offense with 24 points (12 goals and 12 assists) and ranks seventh nationally in goals per game. She was named CHA Forward of the Month in November. Syracuse leads the series against the Nittany Lions, 29-5-7.

St. Cloud State (6-11-1, 2-11-1 WCHA) junior forward Taylor Lind has a team-leading 17 points, including five goals and 12 assists. Should the Orange play the Huskies it will be the first meeting between the programs.