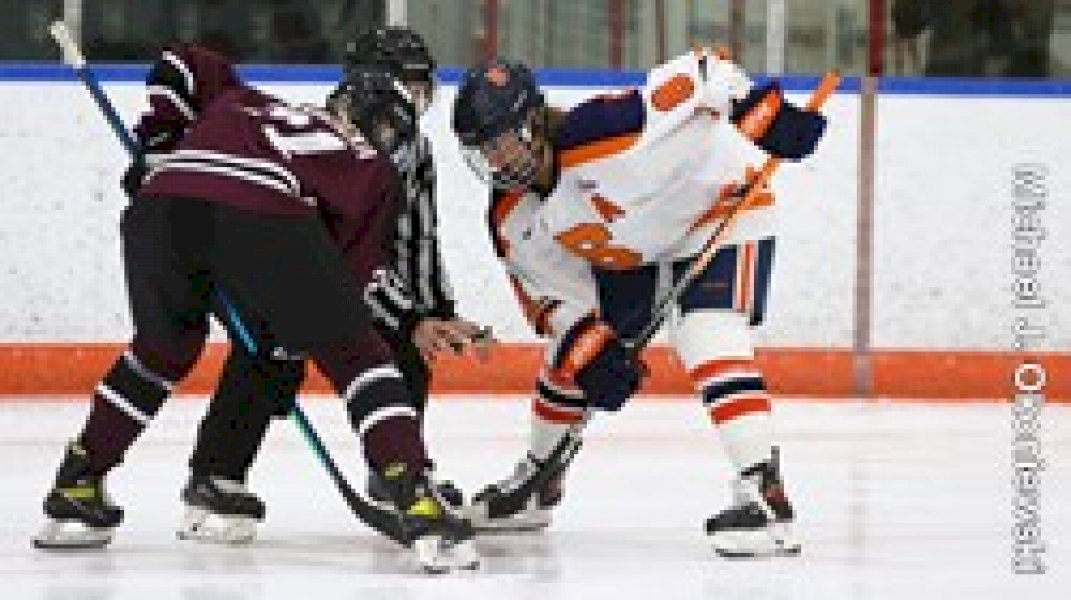 Syracuse and Penn State will meet on the ice for the 39th time in the nine-year series on Friday, November 18th at the Tennity Ice Pavilion. The second game of the series is Saturday, Nov. 20th at 3pm. The Orange lead the series, 28-4-7. In the most recent outing, Syracuse beat PSU, 3-2, in the 2021 CHA semifinals to advance to the championship game. Admission to Orange ice hockey games is free. All fans attending games must adhere to Syracuse University’s COVID-19 policy, which can be found here. The game will be streamed on Cuse.com.

Syracuse’s game at Cornell scheduled for Nov. 9th was postponed. The Orange (4-5-2 overall, 3-1 College Hockey America) last took the ice against RIT, winning both games in the home-and-home series. ‘Cuse won the first, 3-2 in overtime, and shut out RIT, 7-0, in the second.

The Nittany Lions (6-4-2 overall, 3-1-0 CHA) beat Lindenwood, 5-3 and 4-1, in a two-game series. Senior Natalie Heising and junior Julie Gough lead PSU in scoring with seven goals each. Sophomore goaltender Josie Bothun starts in the net and has a 6-4-2 record.

ORANGE IN THE NATIONAL RANKINGS

Notable numbers for the Orange from the first 11 games:

Graduate student Jessica DiGirolamo and freshman Sarah Marchand earned College Hockey America (CHA) awards for their performances against RIT. DiGirolamo is the league’s Defenseman of the Week for the third time this year and Marchand is the CHA Rookie of the Week.

DiGirolamo extended her streak of games with a goal to four in the RIT series. She scored a goal in both games and added two assists in the 7-0 win on Saturday. The Mississauga, Ontario native has 18 career multi-point games, which ranks seventh in Syracuse history. She has 84 career points, which ranks eighth on the Syracuse record list, and 53 career assists, which is seventh all-time at Syracuse. DiGirolamo also earned the CHA Defenseman of the Month for October.

Marchand scored two goals and had one assist in the two games against RIT, including the game-winning goal in overtime on Friday. She scored a power play goal and had an assist, her first career multi-point game, in the victory at RIT on Saturday. She also won 12 of 24 faceoffs. The Belle River, Ontario native has recorded at least one point in the last four games and eight of 11 contests this season.

Syracuse will travel to Vermont for a non-conference series at Gutterson Fieldhouse on Friday, Nov. 26th at 7 pm and Saturday, Nov. 27th at 7 pm. The games will be streamed on CBSsports.com