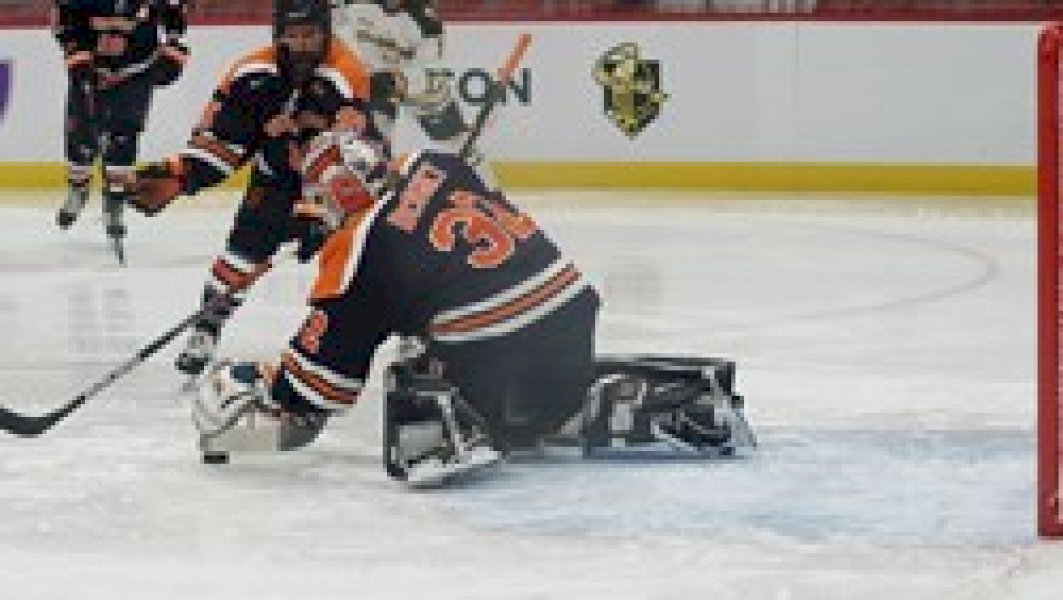 Syracuse lost to #11 Clarkson in the first round of the 2022 Ice Breaker Tournament at the Lake Placid Olympic Center in Lake Placid, N.Y. on Friday night. Clarkson scored a goal in the first three minutes of the game and then the teams played even until there were less than four minutes remaining in the contest. The Golden Knights scored their second goal at the 16:20 mark in the third period and then had an empty net goal to close the game.

Syracuse will play Holy Cross for third place on Saturday, Oct. 22 at 2 pm. The Crusaders lost to St. Lawrence, 2-1, in the first game.

“It is important for us to have a short memory to come back for tomorrow,” said Syracuse head coach Britni Smith. “In a weekend like this where you are facing another opponent tomorrow, we have a big emphasis on recovery. It is a quick turnaround and our focus is now on tomorrow. The quicker we can shift our focus to what will make us successful the better.

“The big ice plays to our advantage to use our speed, so in tomorrow’s game we need to get our speed involved early. We have to come out hard at the start and get ourselves in the mindset that we are going after a win.”

Syracuse goalie Arielle DeSmet moved into the third spot on Syracuse’s career saves record list with 38 stops in the game. She increased her career total to 1,647 in 65 games. She passed Allison Small, who had 1,626 from 2018 through 2022.

The Orange played without forwards Anna Leschyshyn and Rayla Clemons, who were both injured in the series against Clarkson last weekend.

“With Anna and Rayla out other players have had to step up into different roles and they have done a good job with it,” Smith said. “Tonight we had everyone playing the role they needed to play and we gave ourselves an opportunity late in the game, a 1-0 game, to win the game. I think it is important to note that we have players stepping up and playing their roles really well right now.