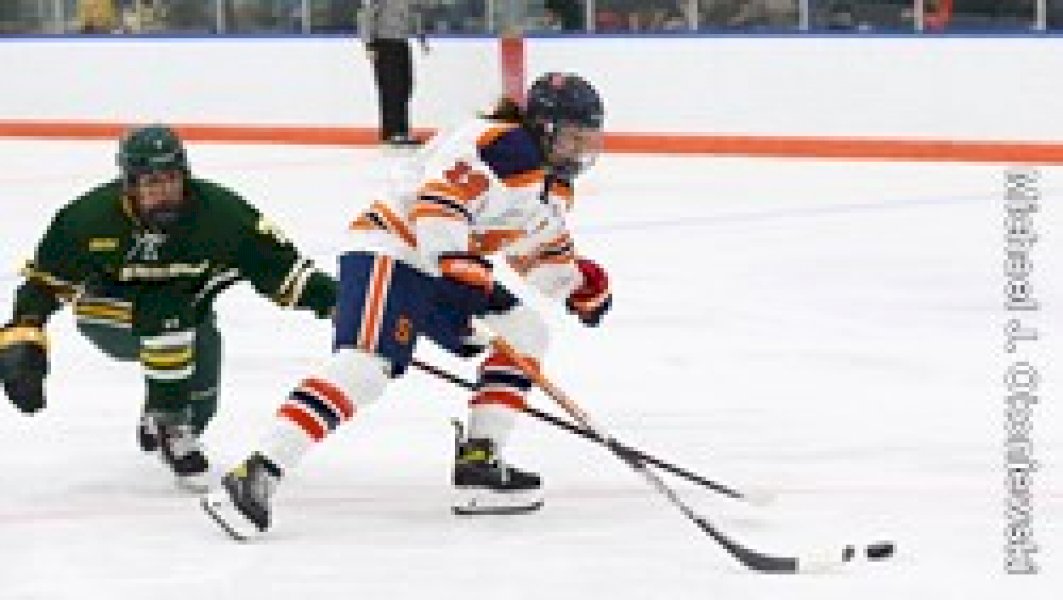 For the third time in as many outings Syracuse played an overtime game, tying Clarkson, 1-1, in Potsdam on Saturday. In the second game of the home-and-home series, the Orange (0-3-2) scored midway through the second period to take a 1-0 lead and Clarkson (3-0-1) tied the game early in the third stanza. Neither team scored in the five-minute overtime period.

“This was a really good game for us. We had a great attitude from start to finish,” said head coach Paul Flanagan. “All of our players contributing and gaining confidence. It is our third overtime game in a row, we are right there. Now it is just a matter of getting one in the win column.”

Midway through the second period, Orange senior Abby Moloughney took a pass in the slot from freshman Sarah Marchand and scored Syracuse’s first goal on an Orange power play. Junior defender Mae Batherson started the scoring play on a pass up the ice to Marchand, who found a wide-open Moloughney for the goal to give Syracuse a 1-0 lead.

Clarkson, a team receiving votes in the national rankings, scored less than three minutes into the third period to tie the game. Nicole Gosling scored on a power play, assisted by Haley Winn and Caitrin Lonergan.

Syracuse goaltender Arielle DeSmet recorded 37 saves in the game, two shy of her career-high. In four games at Syracuse, DeSmet has 120 saves. The senior has 739 career saves, including 702 at Robert Morris in three seasons.