Orange Set for Series Against #3 Colgate 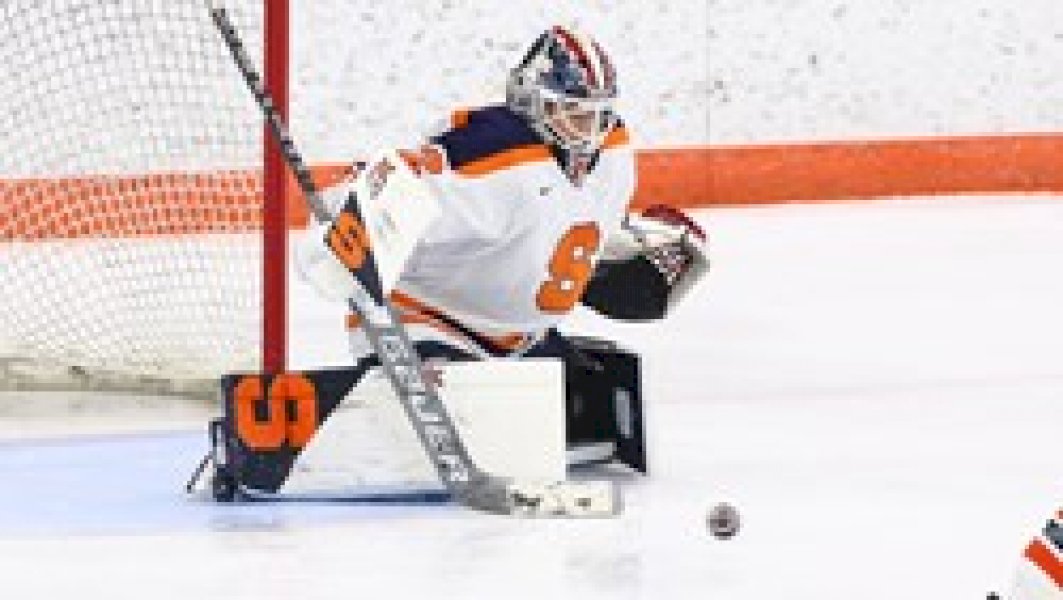 Syracuse will play #3 Colgate in its final home-and-home series before the College Hockey America (CHA) schedule begins. The Orange will play at Colgate on Thursday, October 14th (6 PM) and then return to Tennity Ice Pavilion to host the Raiders on Saturday, October 16th at 4 pm. Admission to Orange ice hockey home games is free. All fans attending games must adhere to Syracuse University’s COVID-19 policy, which can be found here.

Colgate is undefeated at 6-0, including its most recent pair of victories against the University of Vermont. The Raiders finished with a 15-7-1 overall record in the 2020-21 season, which concluded with a loss to Minnesota Duluth in the NCAA Quarterfinals.

Senior assistant captain Abby Moloughney has 78 career points (32 goals and 46 assists), which ties for ninth on the Syracuse career points record list. Her 46 career assists is 11th in the Orange record books.

Graduate student Jessica DiGirolamo is tied for 11th on the Orange career points record list and holds the record for points by a defenseman with 76. Her 27 goals is the most by a defenseman in program history, while her 49 career assists ranks 10th all-time.

Forward Abby Moloughney earned the CHA Offensive Player of the Week award for her performances against St. Lawrence and goaltender Arielle DeSmet took home CHA Goaltender of the Week honors for her play against Clarkson.

Kickoff Weekend is set for October 7th through 10th. All former student-athletes, fans and friends of Syracuse University Athletics are invited back to campus to begin the celebrate 50 years of women’s athletics during multiple events, including the Orange home opener against Clarkson.