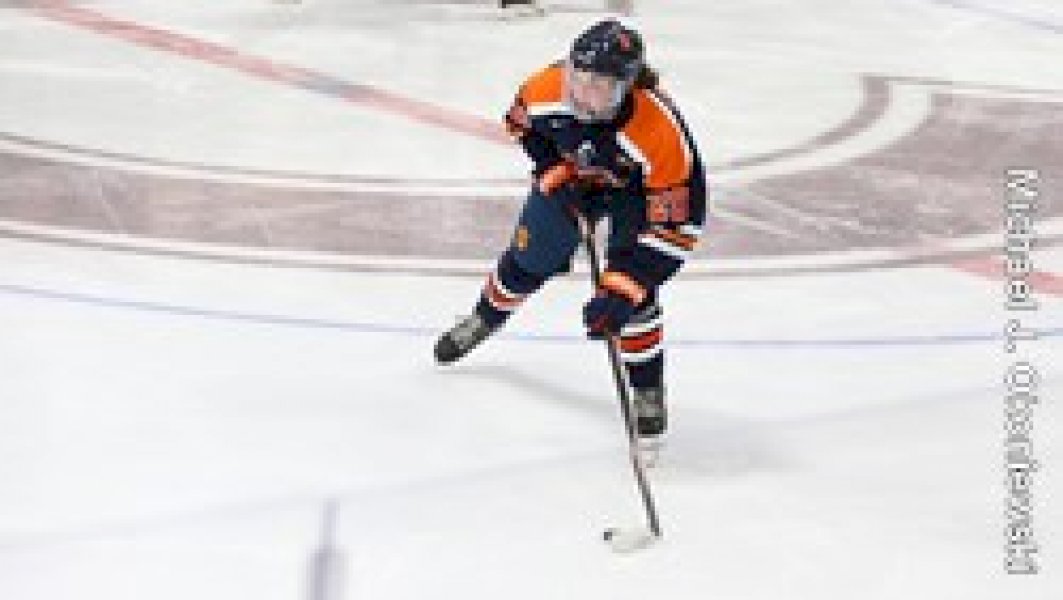 Syracuse freshman Madison Primeau scored her second goal in as many games when she put a shot past Colgate goalie Hannah Murphy with 13:28 remaining in the second period. Primeau scored her first collegiate goal on Tuesday against Union. Third-ranked Colgate won the game, 7-1, in the Class of 1965 Arena in Hamilton, N.Y.

The Orange (1-3-2 overall) will close the home-and-home series against Colgate (7-0) on Saturday, October 16th (4 PM) at home at the Tennity Ice Pavilion. Admission to Orange ice hockey home games is free. All fans attending games must adhere to Syracuse University’s COVID-19 policy, which can be found here. The game will be streamed on Cuse.com.

“We have to recognize our shortcomings today, watch some film and put this behind us to be ready for Saturday when we play Colgate at home,” said head coach Paul Flanagan. “Everyone has to take some ownership of what it is going to take for us to be better on Saturday. We have to be better and I am sure we will. The kids are pretty resilient.”

Colgate scored a pair of goals in the first period to take a 2-0 lead into the first intermission. Junior Dara Greig scored first, 40 seconds after opening faceoff, and then Sammy Smigliani gave the Raiders a 2-0 advantage with less than a minute remaining in the opening period.

In the second period, Colgate took a 3-0 lead on a goal by Darcie Lappan 3:58 into the stanza. After Primeau’s goal cut the lead to two, 3-1, with 13:28 left, the Raiders scored back-to-back goals within 90 seconds of each other and added one more at the end of the second to take a 6-1 lead. Colgate scored the final goal of the game with 12:10 remaining in the game period.

Sophomore goaltender Amelia Van Vliet came into the game for the Orange with 7:52 left in the second period and recorded 13 saves. Syracuse starting goalie Arielle DeSmet had 15 saves in 32 minutes of action.