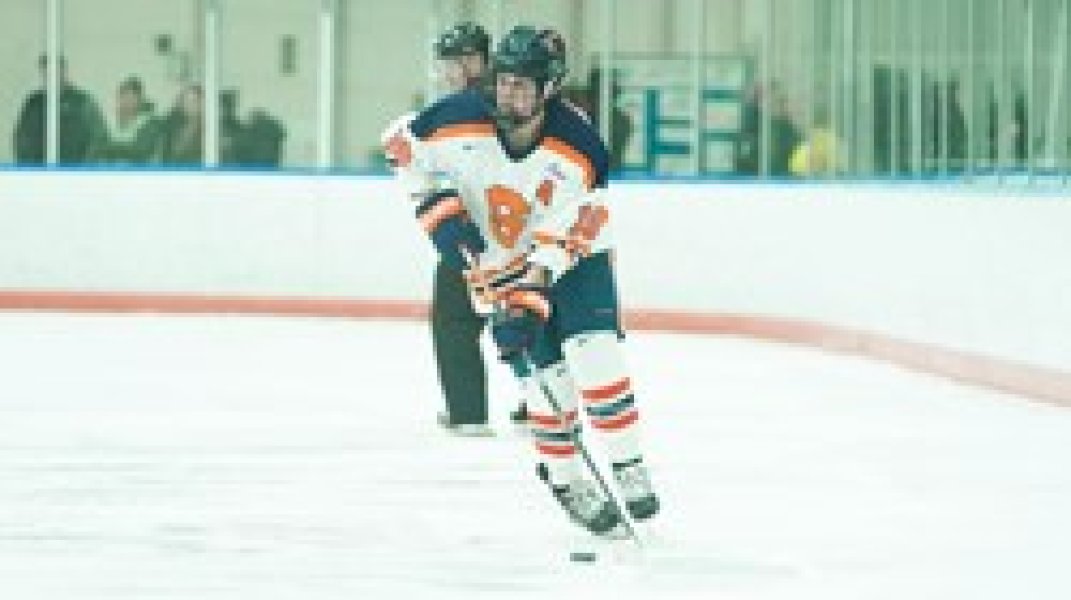 Syracuse battled #13 Vermont in a 3-1 loss at Tennity Ice Pavilion on Friday. After Vermont scored in the first period, Syracuse held the nation’s 10th-ranked offense scoreless for the next 43 minutes until the Catamounts tallied the game-winner with 1:59 remaining in the game. The second game of the series is Saturday, Dec. 10th at 3 pm at Tennity Ice Pavilion. The game will be streamed on Cuse.com. All fans are invited to stay after the game for an autograph session with the team.

“We executed our game plan tonight to a T. I just told the team that that was the best 60 minutes we have played this season so far,” said head coach Britni Smith. “Very proud of our effort tonight. I thought we did a great job creating our offense from our defensive game. We had three lines that were really going hard and our D were really battling in the defensive zone.

“I loved our response after the first goal against tonight. There was no panic on the bench. Everyone stuck to it. We had shift after shift of people buying in and pushing. We need to get back at it tomorrow and continue to focus on our game plan.”

Vermont (12-7-1, 8-5-1 Hockey East) took a 1-0 lead on a goal by Evelyne Blais-Savoie with less than five minutes remaining in the opening period.

In the second period, the Orange (7-12-1, 4-2 CHA) tied the game on a junior connection score when third-year skaters Tatum White, Rayla Clemons and Sarah Thompson combined for a goal. Forward Tatum White tied the game, 1-1, on a goal with 8:51 left in the second period. Center Sarah Thompson set up the goal with a pass to forward Rayla Clemons at center ice. Clemons fed White on her way to the goal for the shot from the left circle into the back of the net.

After Vermont took the 2-1 lead on a goal by Corinne McCool, Syracuse pulled goalie Arielle DeSmet to put six skaters on the ice and the Catamounts tallied an empty net goal with 49 seconds left.