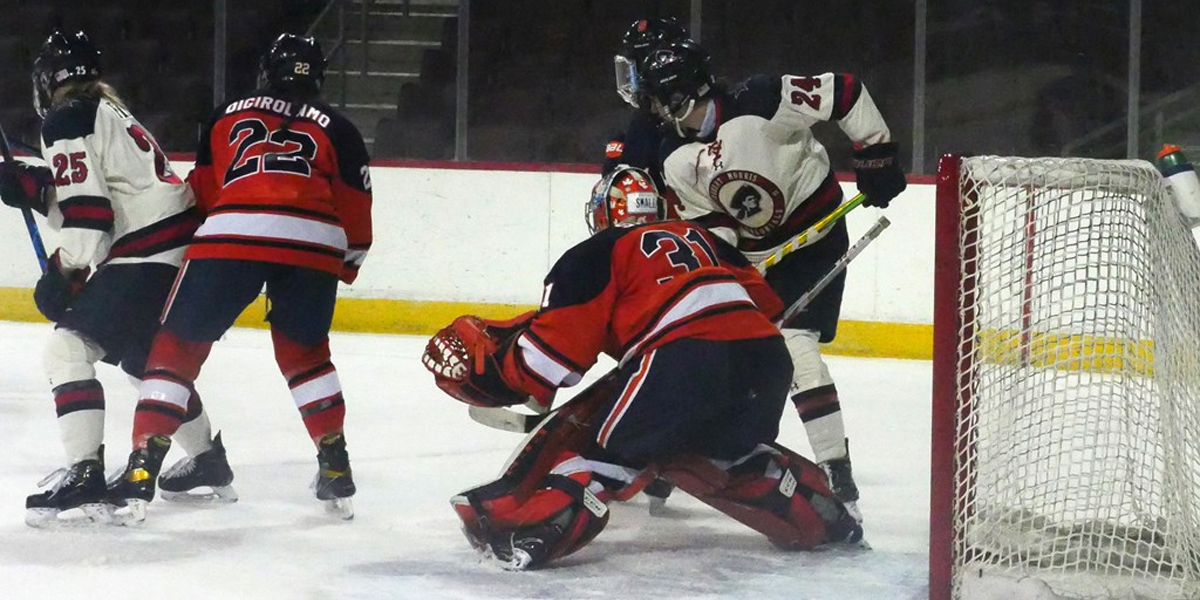 After defeating Lindenwood 6-0 in the quarterfinals and Penn State in the semi-finals, Syracuse faced off against Robert Morris in the College Hockey America Championship game.

The fourth seeded Syracuse Orange lost a hard fought battle to the three seed Robert Morris Colonials Saturday evening in Erie, Pennsylvania. The game was a rematch of the 2019 Final that Syracuse won to advance to the NCAA Tournament. This season the teams split the series with each team winning a pair of games.

Robert Morris scored the only goal of the game at 7:27 of the first period. Neither team scored in the second period. The Orange pressured hard for the tying goal in the third, outshooting RMU 21-11 in the third period. Allison Small finished the game with 34 saves.

Syracuse Picks Up First Win of Season Over…