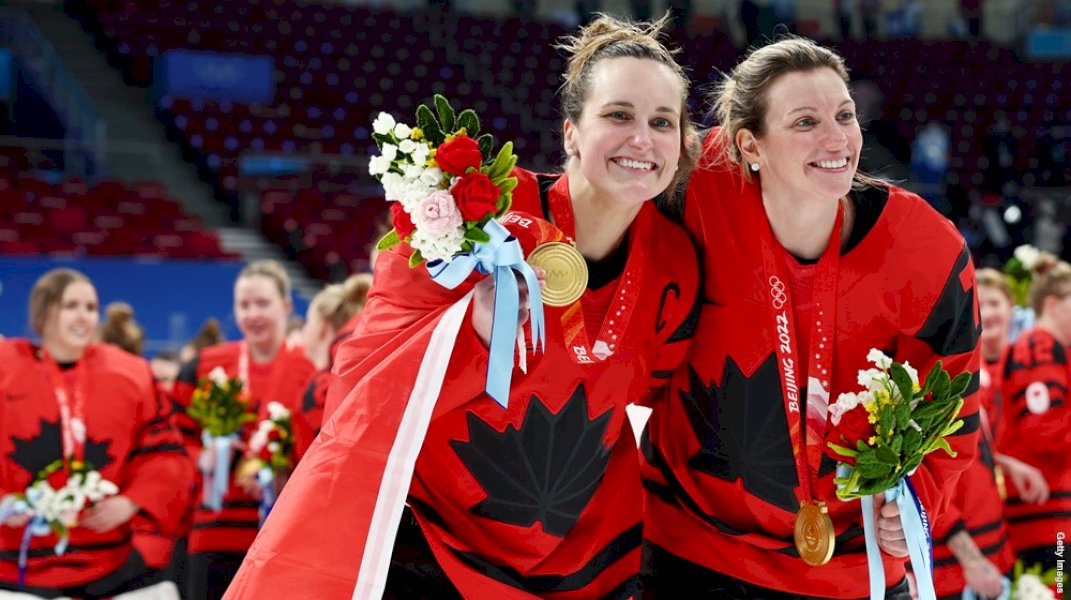 Prior to their appearance at the Crunch game on April 30, Poulin and Stacey will host a free clinic for female hockey players of any age registered with USA Hockey at the Upstate Medical University Arena from 3 to 4 p.m. The clinic is presented by Dick’s Sporting Goods. All participants that attend the clinic will be able to purchase an $18 ticket for the April 30 game that includes a meet-and-greet with Poulin and Stacey beginning at 6:15 pm. To register for the free hockey clinic, visit www.syracusecrunch.com/girlsclinic or contact the Crunch office at 315-473-4444. Registration will be open through April 28 or until full.

Along with the clinic, Poulin and Stacey will participate in a ceremonial puck drop during Saturday night’s game and sign autographs in Memorial Hall during the first intermission.

Poulin, 31, grew up playing hockey in her hometown, Beauceville, Quebec. She began figure skating at four years old, and a year later started playing hockey. Poulin joined the Canadian national team program at 16 and first represented Canada internationally at the 2008 IIHF U-18 Women’s World Championships. She has since represented Canada twice in the Olympics and five times in the IIHF World Championships.

Poulin was the youngest player on the Canadian women’s team to win gold at the 2010 Olympic Winter Games in Vancouver at 18 years old. There, she tallied five goals in five games, two of which were scored in the gold medal final, a 2-0 win over the United States. The following season, she joined the Boston University Terriers and led the team to their first appearance in the Frozen Four Final as a freshman. In her second Olympic Games in 2014, Poulin once again scored twice in the gold medal game, including the game-winning goal against the United States in Sochi. The four-time Olympian has served as captain for the team since 2015 and won three gold medals. During her illustrious career, Poulin has won four Olympic medals, two World Championship golds and two Clarkson Cups. Most recently at the 2022 Beijing Olympics, Poulin scored the gold medal-winning goal against the United States in a 3-2 win.

Stacey, 27, began playing hockey at four years old just outside of Toronto, Ontario. Her dream of playing for the Canadian women’s team began when she watched them win gold in 2002 in Salt Lake City. Stacey attended Dartmouth College where she was the team’s Rookie of the Year in 2012-13, co-leader in scoring in 2014-15 and captain of the women’s hockey team during her senior year in 2015-16.

Stacey made her debut with Canada’s National Women’s U18 team in 2010 where she later went on to win silver and gold at the 2011 and 2012 IIFH U18 Women’s World Championships. She made her IIHF Women’s World Championship debut in 2017, helping Canada earn the silver medal. Stacey then earned her spot on the 2018 Winter Olympic roster and helped Canada bring home the silver medal. In the 2022 Beijing Olympics, Stacey recorded four goals and two assists, contributing to the team’s gold medal victory.