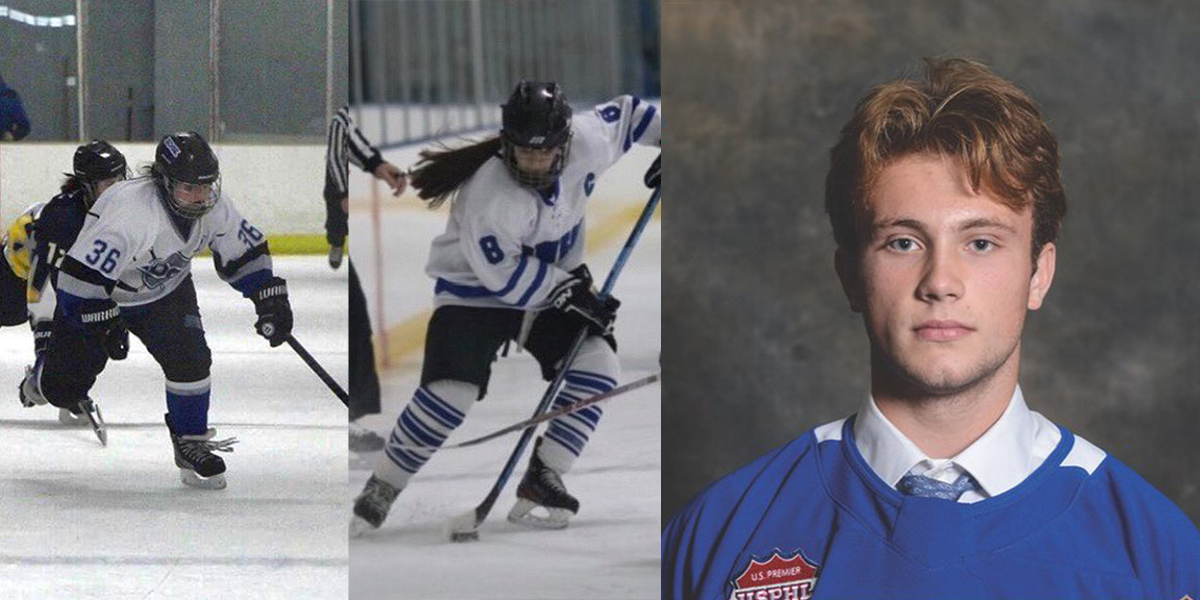 It appears that June is a slow month for local hockey news. There are only a couple commitments to announce, along with one professional signing. 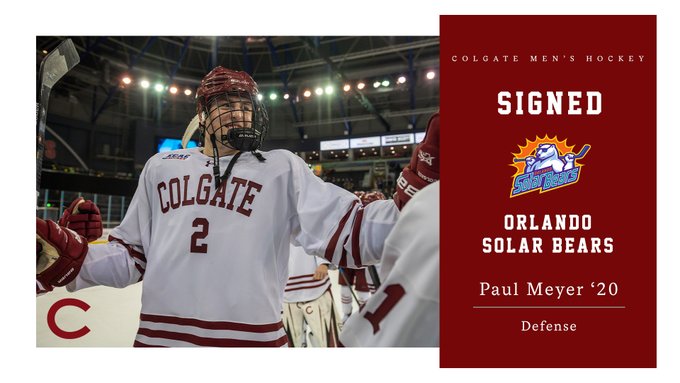 After appearing in 140 games with the Colgate Raiders, defenseman Paul Meyer has signed a professional contract with Orlando of the ECHL. The Edina, Minnesota native recorded 22 points over his NCAA career. The Solar Bears are an affiliate of the Tampa Bay Lightning. They finished fifth in the South Division with a 27-29-5-1 record. 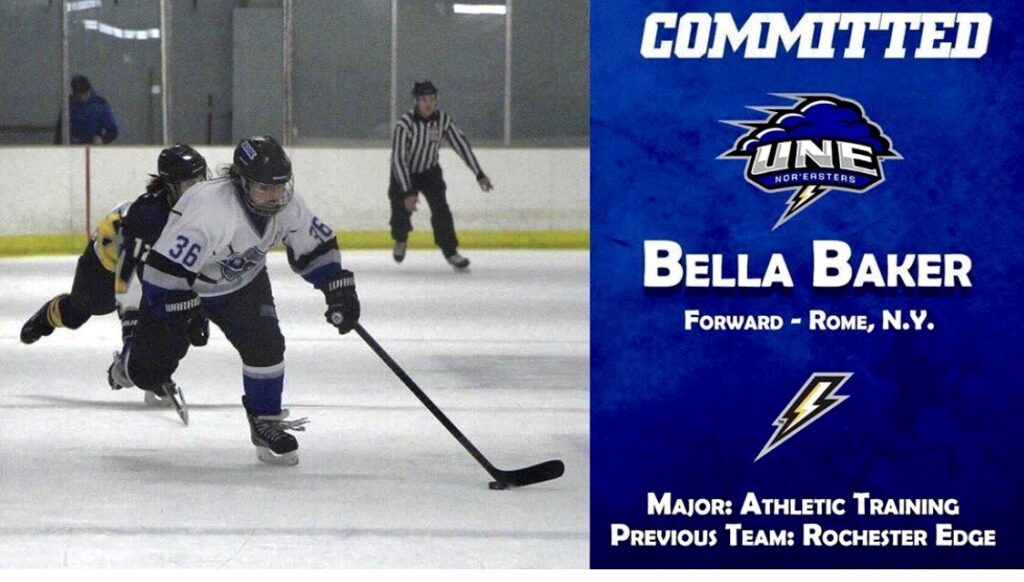 New York State Champion Bella Baker has committed to the University of New England. She spent the last few seasons playing for the Clinton Girl’s Ice Hockey team as well as the Rochester Edge. UNE played in the CHC last season and finished with a 10-4-2 record, 16-9-2 overall. The Nor’Easters lost in the CHC Championship to Endicott College. UNE will be joining the Commonwealth Coast Conference this season. 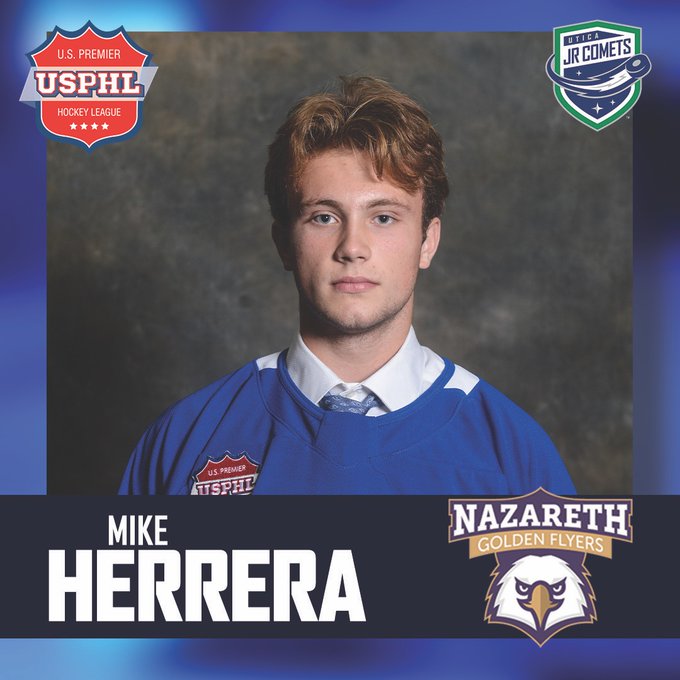 Syracuse native Mike Herrera has committed to NCAA DIII Nazareth College. Herrera tallied 18 points (10-8-18) in 35 games with the Utica Jr. Comets Premier team. Prior to joining the Jr. Comets he spent a season at Brooks School where he picked up 9 points in 25 games.

Nazareth finished the 2019-20 with a 12-13-3 overall record. They were 8-9-1 in the UCHC. Their season was ended following two losses to Utica College in the conference semi-finals. 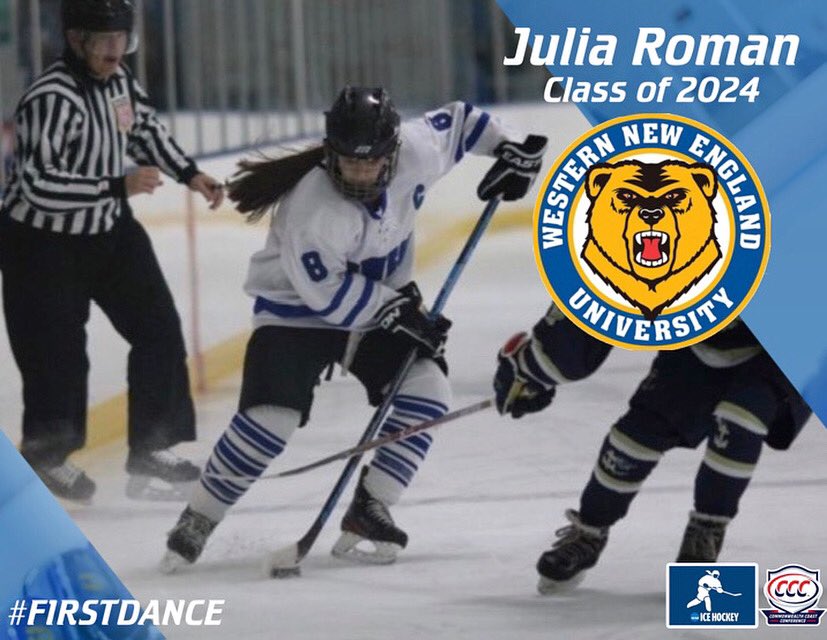 Roman just wrapped up her senior year at Oswego High School where she was a member of the girl’s hockey team for the last three seasons. She finished the season with 2 goals and 5 assists. She led all defenseman in points. She will be heading to Western New England University to join the brand new Women’s Hockey program.

From Clinton To The Pro’s 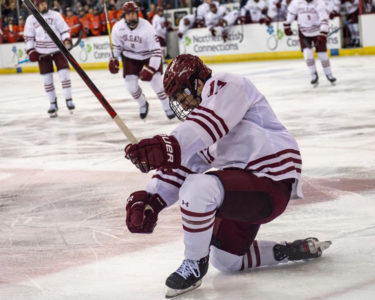