No. 4 Cardinals Slip By With Win Over No. 15 Lakers – Oswego State Athletics 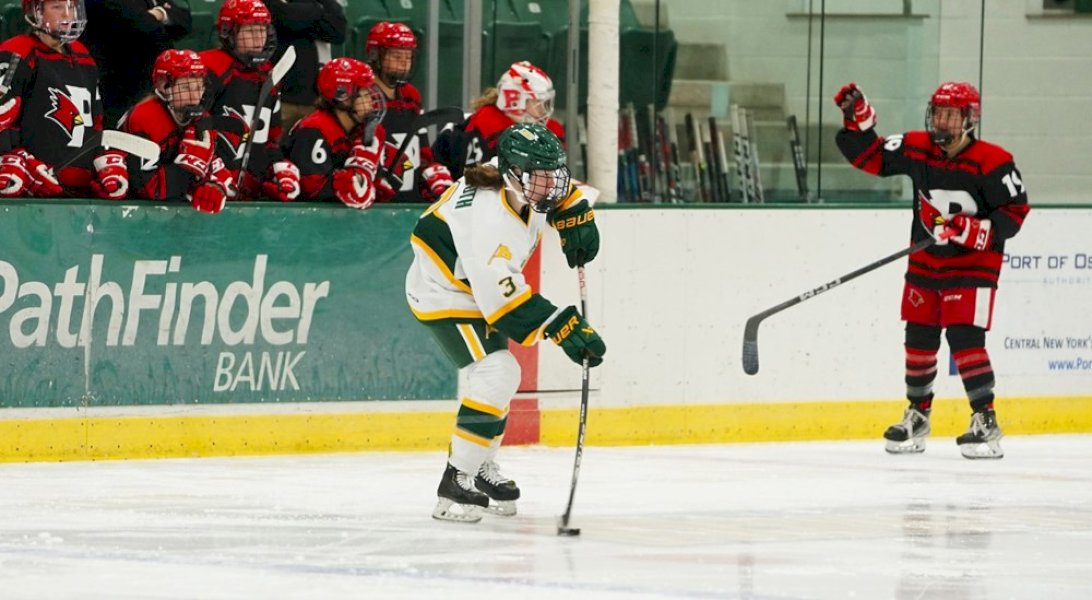 Plattsburgh was able to find the back of the net first, scoring their goal 14 minutes into the first period.

The Cardinals would hold and take a 1-0 lead going into the second period. Lexi Levy recorded 12 saves in the first.

After Plattsburgh was assessed multiple penalties, giving the Lakers a 5-3 player advantage, Ashlyn McGrath was able to score for the Lakers with an assist from Amanda Zenstein and Lauren Schell. The score would be tied at one a minute and a half into the second period.

The score would remain tied for the remainder of the period. Levy would add seven more saves, bringing her total to 19 through to periods.

Plattsburgh would break the tie with seven and a half minutes remaining in the third period, giving them a 2-1 lead over the Lakers.

Just over a minute later, Plattsburgh would score their third goal of the afternoon giving them a 3-1 lead.

The Lakers would receive a power play with three and a half minutes remaining. Oswego would pull Levy from goal to give them a 6-4 advantage. Amanda Zenstein would score the power play goal with the assist from Kensie Malone, leaving just over two minutes on the clock.

The Cardinals would win 3-2 over Oswego. Lexi Levy finished with 11 saves in the third period, bringing her total to 30 on the afternoon.

The women will return home on Tuesday January 3rd to face off against Amherst College, the puck drop is scheduled for 5pm.