No. 13 Women's Hockey Battles Back to Draw With No. 7 Hamilton – Utica University Athletics 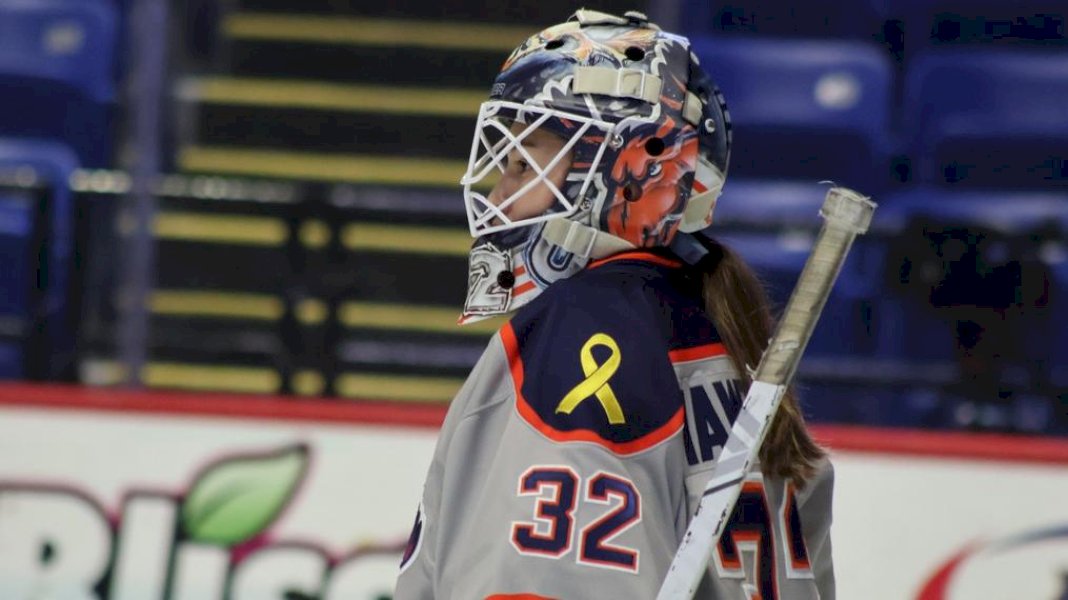 UTICA, NY – Local rivals met for a marquee national-ranked matchup on Tuesday night and surely didn’t disappoint as the No. 13 Utica University women’s hockey team battled back to draw 2-2 with the visiting No. 7 Hamilton College Continentals.

Maggie Rylott (Cobourg, Ontario/West Northumberland) and Hailey Modlin (Phoenix, AZ/Boston Shamrocks) were the two goal scores for the Pioneers, each of whom with a clutch goal at that. Cortney Staniszewski (Buffalo, NY/Niagara Jr. Purple Eagles) assisted on both goals while Carolyn Whitney (Raleigh, NC/Milbrook School) and Erica Sheaffer (New Hartford, NY/Wilkes University) also had an assist on the night.

Hamilton came out displaying tremendous speed throughout the first period. However, what Utica couldn’t match with speed it did with physicality. Thanks to an incredible effort by goalkeeper Angela Hawthorne (Santa Clara, CA/Meijer) and her 18 saves, the sides entered the intermission even at 0-0.

Already having been called for one penalty early in the second, Utica went on the kill once again at 10:06 in the second. Just over a minute in, Hamilton drew first blood at 11:09. Nearly 45 seconds later, the Continentals extended its lead to 2-0 with a chip in down by the crease and would remain ahead by two goals entering the third. Hawthorne, despite allowing two goals, put together another gutsy performance in the period with 17 saves.

The tide shifted for Utica in the early stages of the third. With the Pioneers on their first power play of the night, Maggie Rylott (Cobourg, Ontario/West Northumberland) fired one in from the wing off sharp passes by Staniszewski and Whitney to pull within one at 3:31. The goal came on just the team’s seventh shot of the game.

The eighth shot would prove to be even bigger. At 4:05, Hailey Modlin (Phoenix, AZ/Boston Shamrocks) found an open lane on the wing as well and capitalized to even the score at 2-2. Staniszewski and Sheaffer assisted on the game-tying goal. With the Utica defense holding strong after suffering back-to-back penalties from 11:10 to 15:00, and another 13 Hawthorne saves, the game would eventually move into an extra frame.

Utica started overtime on a power play for the first 1:15 of play but could not register a shot. Hawthorne went on to stop each of the four Hamilton shots on goal in extras to cap off her night with a single-game career high 52 saves.

Utica (14-1-2) hits the road for a weekend series at Neumann University starting at 4 p.m. on Friday.

No. 7 women’s hockey and No. 13 Utica play to non-conference tie