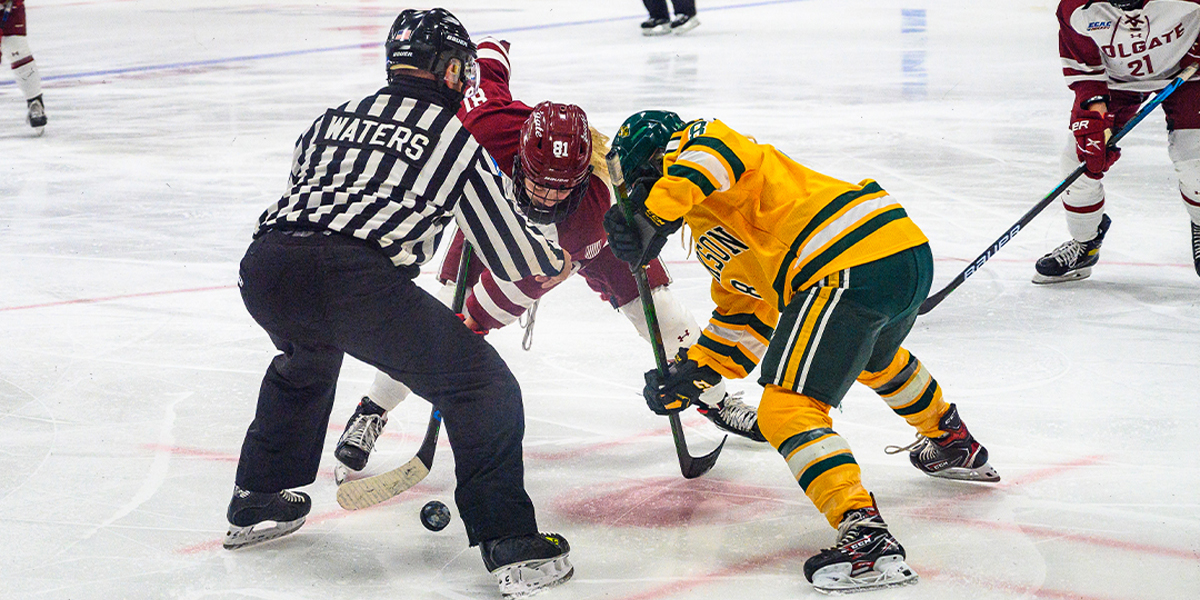 The #5 Colgate Raiders were looking for their fourth straight win Monday evening in Hamilton, NY. The Raiders hosted #7 Clarkson University who they just defeated 3-1 two nights ago.

Colgate opened the game by outshooting Clarkson 6-1 in the beginning minutes of the game. Sammy Smigliani had a great look at the edge of the crease which would be the Raiders best chance of the period, but she was stopped. At 7:22 of the period Clarkson scored a power-play goal to take a 1-0 advantage. This was the first power-play goal Colgate has allowed in the four games they have played this season. Clarkson doubled that lead with 3 minutes to play in the first period.

The Raiders Nemo Neubauerova quickly responded getting her team back within a goal 1:25 later. Tanner Gates and Rosy Demers brought the puck into the zone before Demers set up Neubauerova for a one-timer from the slot.

Neubauerova's first of the season is assisted by Demers and Gates. pic.twitter.com/BCnaCYlxqo

The second period was filled with penalties, a total of 14 minutes worth. During a span of 4-on-4 early in the period with both teams serving too many players on the ice penalties, Clarkson once again doubled their lead. However, Colgate finally took advantage of their fourth power-play opportunity of the period.

With only 1:16 left in the period Neubauerova notched her second of the game to close the gap to one goal. Danielle Serdachny let a shot fly from the high slot that was stopped by the Clarkson goaltender. The rebound popped out front and Neubauerova was there to slam it home.

Nemo Neubauerova notches her second of the game to make it a one-goal game with 1:16 remaining in the second! pic.twitter.com/q6CDzAYYOW

The Raiders upped the pressure in the final period, and pulled goalie Kayle Osborne for the extra attacker with 2:01 remaining. Unfortunately, the Clarkson goalie stopped all 10 third period shots the Raiders through at her. Osborne finished with 16 saves in her fourth consecutive start.

“That was a hard-fought game by both teams. We were really strong for three periods and Clarkson blocked a lot of shots tonight. There were some moments we didn’t make enough out of when we had the chance and that was the difference. We had some great looks tonight and I credit their goalie who played well for them today.” said head coach Greg Fargo following the game.

Clarkson will be back in Hamilton Thursday night for another 5:00pm face-off. It will be the third of four games in a row against each other. All Colgate home games can be viewed on ESPN+.