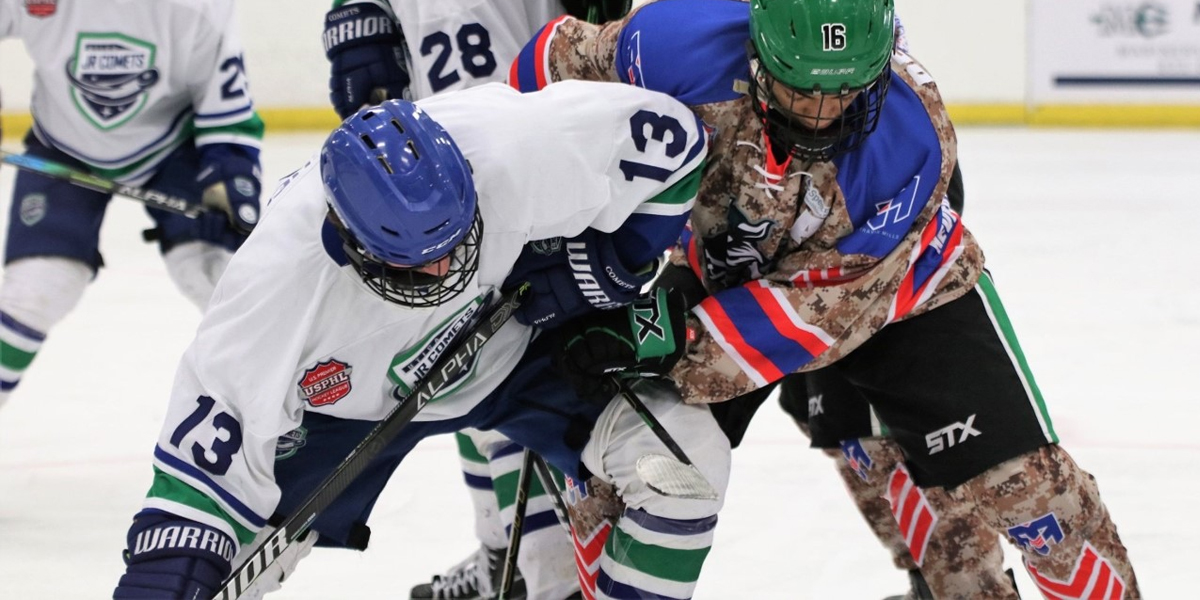 NCDC weathered a seven-hour bus ride to take on the Twin City Thunder in Auburn, Maine.

The trip clearly influenced the team’s performance as they struggled to find their stride in the opening game. Jeremy Rancourt put TCT on the board early at 2:42 of the 1st period assisted by Zachary Desmarais and Levente Keresztes. Utica’s Ole Henrik-Arneson answered back, rushing the puck and banging it in the back of the net at 5:59 in the first.

The second period would be all Twin City, commanding puck possession, and scoring three more goals to take a 4-1 lead.

The Comets would try and stay alive in the third with a goal from Mikey Giampapa, but it would not be enough. TCT would see goals from Martin Moioffer and Nick Rashkovsky to secure the victory.

Isak Johannsson would give his team every opportunity to fight for the win stopping 36 of 42 shots. While TCT’s Artur Ogandzhanyan claimed his sixth win on the season with thirty-five saves.

Resiliency was the name of the game on Saturday as the Comets brought their own thunder to Twin City’s Norway Savings Bank Arena. After a good night’s rest and some nourishment, the Comets would set the tempo for this bout early on.

Giampapa would come out with a vengeance giving his team the early lead scoring his 8th goal of the season, assisted by Walter Baumann and Donny Borgula. TCT would continue to dictate their physical style of play forcing the Comets to skate through checks and stay out of the sin bin. Utica would extend their lead at 12:48 on a top shelf strike from Max Techel assisted by Sebastian Heden and Radek Prosek.

With thirty penalties between the two foes in the second and third period, the stripes surely earned their keep in this one. Utica would attack the offensive zone and were more than willing to pay the price in the front of the net. This allowed for two more goals from Aleksei Monakhov and newcomer Elliot Burgin to secure their tenth win on the season. Burgin just came over from the New Jersey Rockets NCDC team where he appeared in 17 games. This was his first weekend with Utica.

Johansson would command the net in this match earning his ninth victory with an impressive 33 saves.

The NCDC team will now enjoy a couple weeks off, not returning to the ice until December 13th. They will host the Rochester Monarchs at 1:30pm.