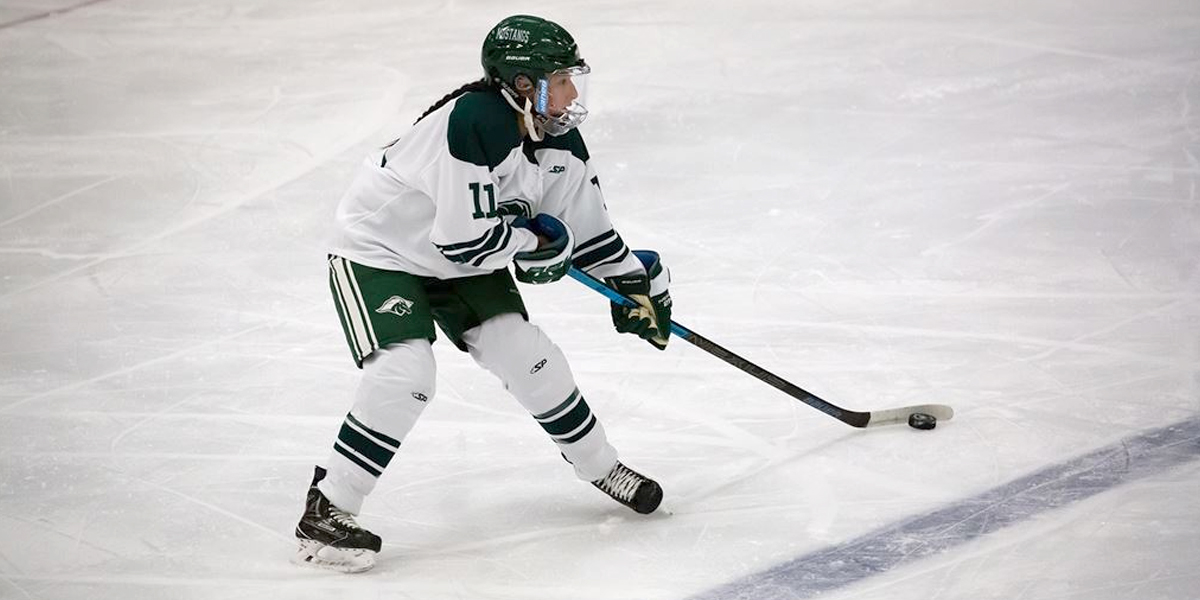 Morrisville won their third straight game Saturday in Buffalo. The Mustangs controlled play in the first period and were rewarded for the hard work at 14:55 of the period. Kylie Cameron scored with assists from Mackenzie Lombardi and Maddison Devlin to take a 1-0 lead.

Alexziz Giannamore extended that lead to 2-0 at 15:32 of the second. Kendra Johnston assisted. Buffalo State got on the board at 13:50 of the third with a power-play goal. Three minutes later Chyne Kennedy regained the two goal lead scoring on the power-play. The insurance tally was assisted by Devlin and Lombardi.

Morrisville outshot the Bengals 37 to 23. Sissy Harman made 22 saves for the Mustangs.

The Mustangs look to avenge their 2-1 season opening loss to SUNY Potsdam this Friday at 4:00pm when the Bears visit the IcePlex. On Saturday, Morrisville will travel to SUNY Canton for a 4:00pm start against the Roo’s.