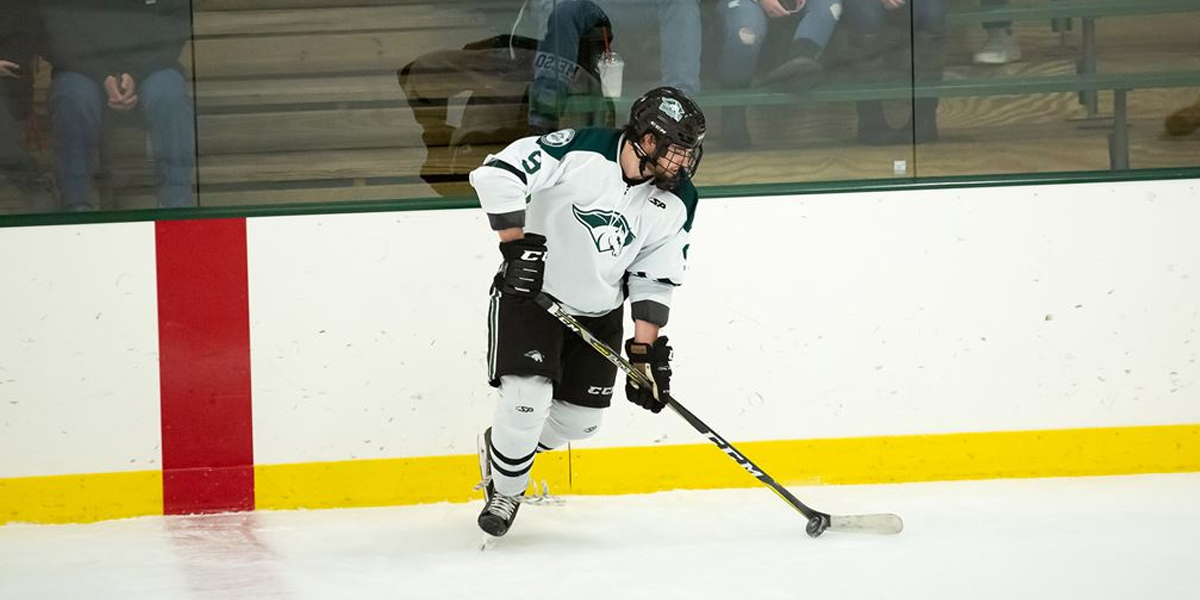 The UNE Nor’Easters picked up four goals in each of the first two periods to take an 8-0 lead into the final period. They added a ninth goal at 3:22 of the third to go ahead 9-0.

Morrisville finally broke through at the 8:19 mark when Liverpool native Rich Hart scored a power-play goal. Christian Vella and Jestin Somero assisted. Syracuse Stars NCDC alum Mathieu Gervais, playing in his first collegiate game, scored at 8:43 to put his team ahead 10-1. Ben Sprague scored another power-play goal for the Mustangs at 13:46 of the period. Eric Melso and Nick DeVito assisted.

Morrisville returns to SUNYAC play this weekend and hosts Buffalo State for a pair of games. Game time is 7pm both Friday and Saturday.