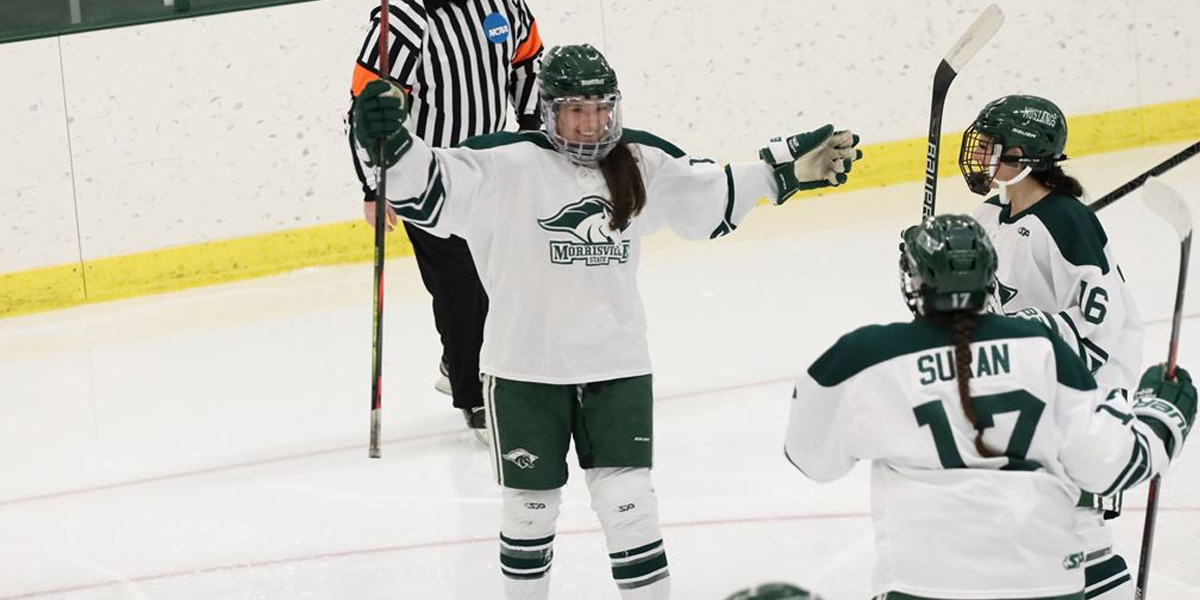 Morrisville earned a 4-2 non-conference victory in their first action of 2020 Friday afternoon at the SUNY IcePlex. The Mustangs found themselves behind 1-0 after the first period, but rallied back in a span of 39 seconds to start the second period.

Taylor Finnie tied the game up only 45 seconds into the period assisted by Kendra Johnston and Alexziz Giannamore. 39 seconds later Tessa Dobson gave the Mustangs a 2-1 lead. Neumann scored a power-play goal to tie the game at two at the 8:30 mark. The home team regained their one goal advantage at 12:51 of the period thanks to a Mackenzie Lombardi goal.

Giannamore added an insurance tally at 10:49 of the third while on the power-play. Sissy Harman made 5 saves in goal. Morrisville fired 43 shots on net.

Morrisville once again peppered the Neumann goalie out-shooting the visitors 40 to 11. Lacey Friesen got the nod in goal for the Mustangs.

Devlin opened the scoring at 3:59 of the first period assisted by Chyne Kennedy. Neumann tied the game up before the end of the period. Morrisville had a power-play carry over into the second period and took advantage of the fresh sheet of ice. Lombardi scored her second of the weekend 39 seconds into the period.

The score remained 2-1 until midway through the third period when Neumann tied it up on a power-play goal. Alana McDonald scored the game winning goal for the Mustangs only 58 seconds into the extra frame. Kennedy and Devlin assisted on the game winner.

Morrisville returns to NEWHL play tomorrow. They will travel to take on #1 SUNY Plattsburgh at 7:00pm. 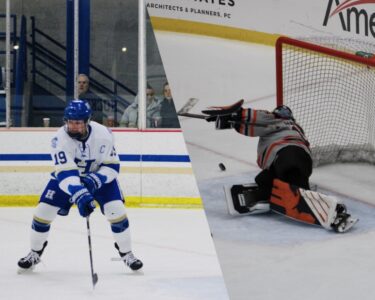