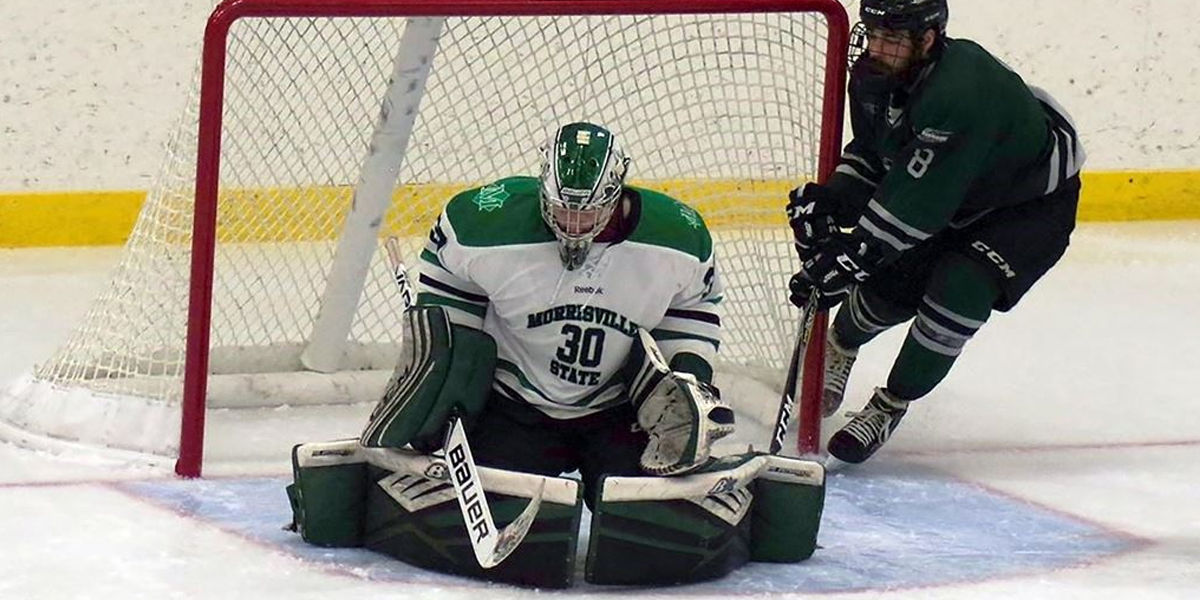 The Mustangs hit the ice for the first time in 2020 with a non-conference game against King’s College. Despite falling behind in the first, Morrisville rallied back for a 2-1 overtime win.

Morrisville controlled play throughout the contest, out-shooting the Monarchs 49-20. However it was King’s who got on the board first at 6:42 of the first.

Morrisville’s Austin Roy scored the equalizer, his first of the season, with seven minutes left in the second period. Kyle Wadden picked up the helper. Despite firing 17 shots on goal in the third period it took overtime to find a winner.

James Boisvert secured the victory with his goal at 3:26 of the extra period. Jestin Somero picked up the assist. Jared Young was in goal for the Mustangs and finished with 29 saves.

Morrisville returns home tomorrow night when they will host Lebanon Valley at 7:00pm.