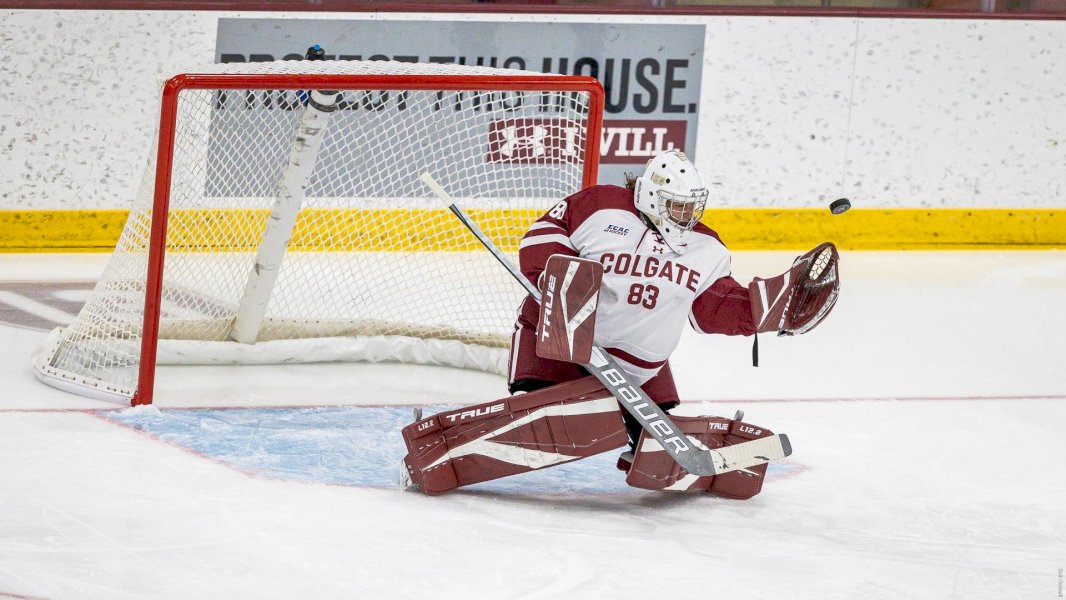 CLIFTON PARK, N.Y.— After helping her team win the championship at the Smashville Women’s Collegiate Showcase, Colgate goaltender Hannah Murphy was named both MAC Goaltending Goalie of the Week and Rookie of the Week, announced by the ECAC Hockey league office on Monday.

Murphy gave up just one goal and made 21 saves in the Raiders’ 2-1 win over Boston College on Friday.

The freshman had another standout performance in Saturday’s 2-1 championship win over No. 3 Minnesota, making 28 saves including 13 in the third period. The Bradford, Ontario native allowed just one goal in the second period, as she shut down a Gophers’ team that came in averaging 4.5 goals per game.

Murphy now holds a 6-1 record on the season to go along with a 1.71 goals-against average and .894 save percentage.

The Raiders are off from games until Jan. 1 when they host Sacred Heart in a New Year’s Day showdown at 4 p.m.