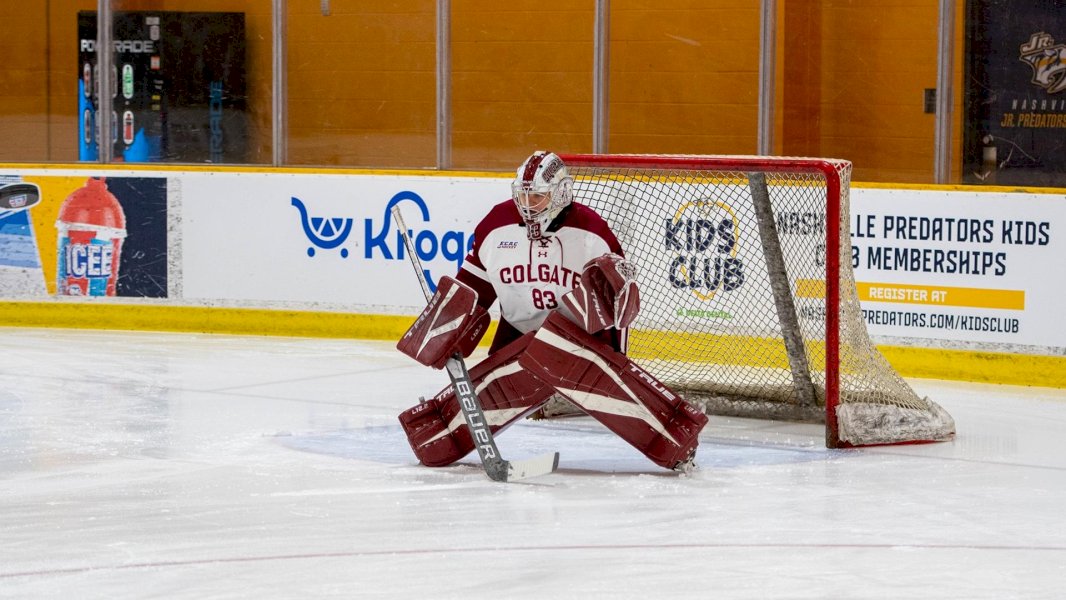 During the month, Murphy posted an 8-1 record to go along with a 1.22 goals-against average and .950 save percentage.

Murphy ended February with two big wins over Cornell in the ECAC Hockey quarterfinals. She posted her third shutout of the month in the Raiders’ 1-0 overtime win in game one of the series on Feb. 25 and held the Big Red scoreless in the third period in Colgate’s 3-2 comeback win in game two on Feb. 26.

This is the third conference honor that the Bradford, Ontario native has earned this season. She was named Goalie of the Week and Rookie of the Week on Nov. 29 after wins over Boston College and No. 3 Minnesota.

Colgate takes on Yale in the quarterfinals of the NCAA Tournament on Saturday at 3 p.m.  The game is a rematch of last Saturday’s ECAC Hockey Championship which the Raiders won 2-1 in overtime to claim their second-straight conference title.