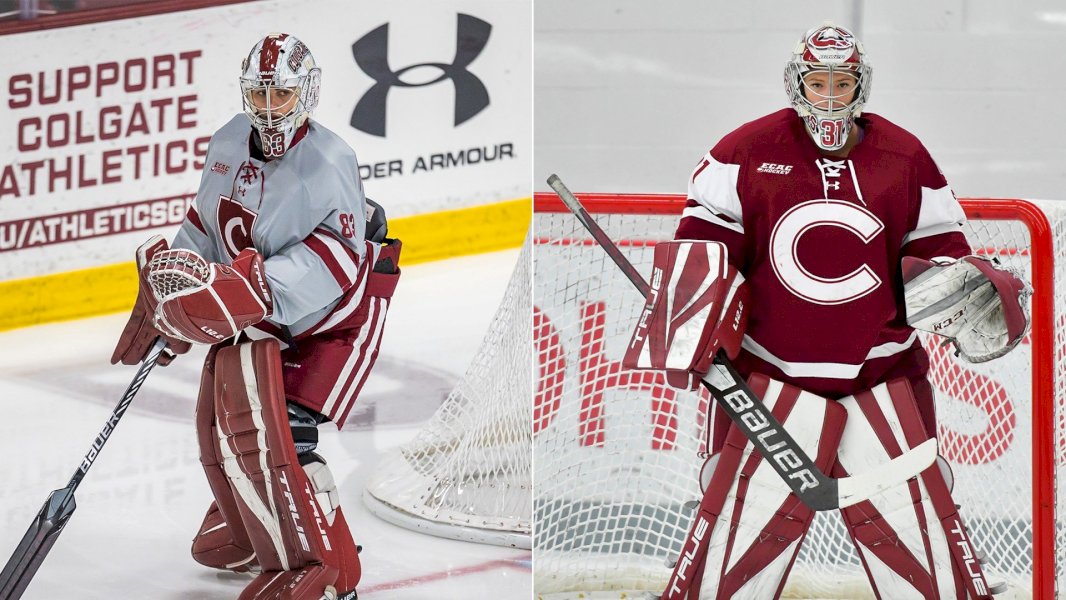 HAMILTON – Colgate women’s ice hockey goaltenders Hannah Murphy and Kayle Osborne were named to the Goalie of the Year Watch List by the Hockey Commissioners Association.

The Goalie of the Year Award is administered by the HCA every year to the best goalie in the NCAA. The award was established in 2021 and has become an annual honor.

Sophomore Hannah Murphy holds a current save percentage of .927 with an average of 1.34 goals against. Murphy has played a total of 12 games this season with 10 starts.

Bradford, Ontario native Murphy received the ECAC honor of Goalie of the Week for her performance against RPI and Union. Recording back-to-back shutouts for a combined 33 saves.

Junior Kayle Osborne holds a current save percentage of .926 with an average of 1.73 goals against. Osborne has played and started in 11 games this season.

Westport, Ontario native Osborne faced 243 shots this season over 11 games. Osborne also holds a career save percentage of .921 over three seasons with the Raiders.

Murphy and Osborne completed three shutouts each this season, helping lead the Raiders to a record of 18-2-1.

The HCA committee of voters will award the Goalie of the Year in March during the NCAA tournament.