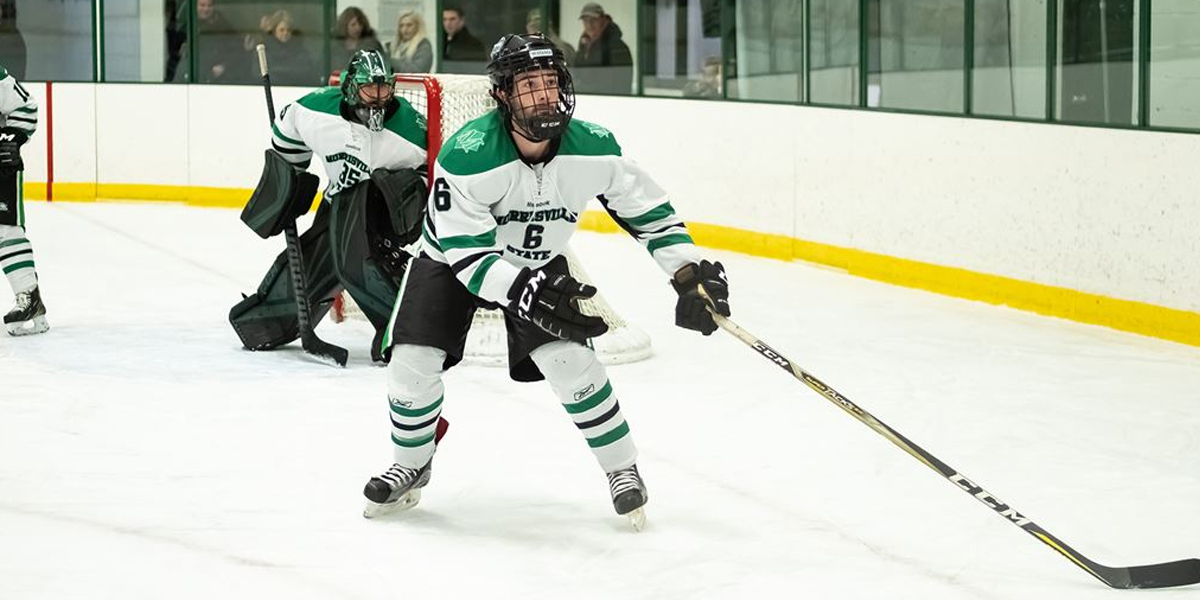 After skating to a 0-0 tie through the first period Cortland took advantage of a power-play opportunity and took a 1-0 lead at the 6:42 mark of the second. Just over two minutes later Eric Melso scored an unassisted goal to tie the game 1-1. Cortland would find the back of the net once more with 31 seconds remaining in the period to take a 2-1 lead into the final period.

The Dragons scored three more goals in the third at 2:04, 6:25 and an empty netter at 19:05 to secure the 5-1 victory. Jared Young started the game in goal and was pulled after the fourth Cortland goal. He finished with 29 saves. Jorgen Johnson made 3 saves in relief while not allowing a goal.

The Mustangs special teams was firing on all cylinders Saturday evening as they accounted for four of the five Mustangs goals.

The Dragons added goals 15 seconds into the third and another five minutes later tying the game 3-3. Ben Sprague scored a short-handed goal at 7:44 of the period which would stand as the game winning goal. Ryan Bochert scored an empty netter with 20 seconds left in the game. Jared Young made 36 saves in the win.

The Mustangs will be participating in the Southern New Hampshire University tournament this weekend. They will play Saturday at 1:50pm against the host SNHU. Their Sunday game is TBD based on the winners/losers of each game Saturday.

Hamilton Drops Both In Weekend Series At Williams