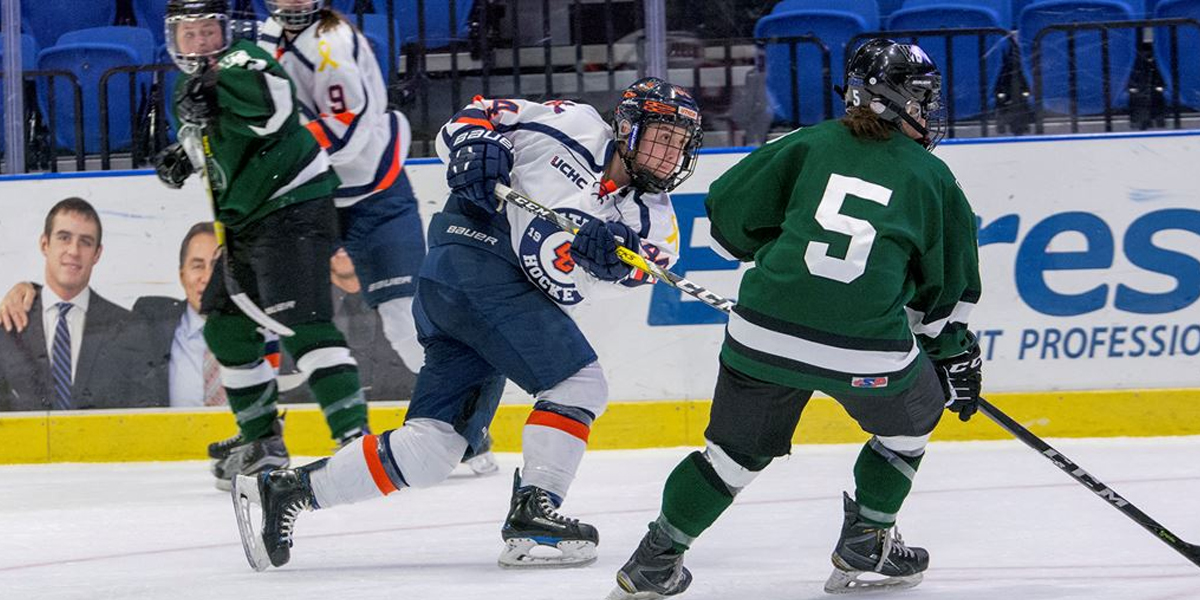 Morrisville State picked up their first victory of the season in commanding fashion Friday afternoon. Morrisville defeated their Central New York rivals, Utica College, by a score of 6-1.

After a back-and-forth first period, Kyle Cameron got Morrisville on the board with an unassisted tally at 16:51 of the period. Just over a minute later Cameron sent a pass from behind the net to Mackenzie Lombardi who caught the pass and fired the puck into the back of the net for a 2-0 Mustangs lead.

Cameron scored her second goal of the afternoon at 8:06 of the second assisted by Chyne Kennedy and Maddison Devlin. Four minutes later the Mustangs extended their lead to 4-0 when Kendra Johnston scored on a 2-on-2. Tessa Dobson and Isabella Moskonas assisted.

After killing off back-to-back Pioneers power-play opportunities in the third, the offense struck again. The top line skated into the offensive zone on a 3-on-1 break where Devlin passed the puck over to Lombardi who shelved the puck for a 5-0 lead.

Sissy Harman picked up her first collegiate win making 12 saves for the Mustangs. Savannah Gutierrez made 28 saves in goal for Utica.

Utica College returns to the ice on Tuesday as they travel to Nazareth to open up UCHC conference play. The Mustangs return to NEWHL league action on Wednesday at SUNY Cortland. 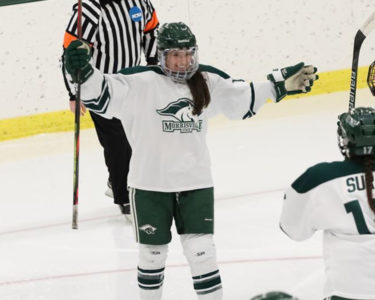